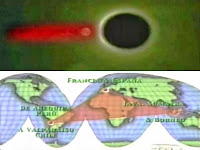 The last weeks or longer, there has been a mysterious, glowing light or UFO in the horizon of the western sky and according to SkEye and Stellarium, there are no stars or planets in that area. Mysterious glowing light in evening Western Sky

Speculation has inferred that this could possibly be a very large comet or possibly an extraterrestrial mothership. It may even possibly be Hercolubus.

His astronomical and geophysical predictions made him famous, with many of his earthquake and tsunami predictions have come true. 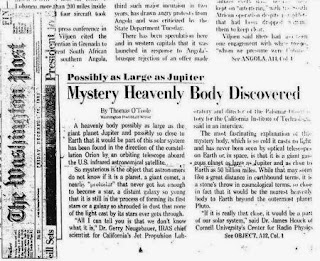 Carlos Muñoz Ferrada began to speak of the planet Hercolubus in 1940, that is to say, 43 years before the famous article on Planet X, appeared in the American newspaper The Washington Post in 1983.

It is very remarkable that Carlos Muñoz Ferrada speaks of a gigantic planet-comet.

1.It has an elliptical orbit like a comet and a large mass such as a planet, that is to say, a planet with a tail.
2.It approaches the Earth charged with cosmic energy.
3.Does not meet the heavenly laws established.
4.It travels between our Sun and the Black Sun located 32 billion kilometers. 5.This will increase to 14 million kilometers from Earth.
6.It will eventually enter our solar system and will be seen at naked eye and photographed.
7.His arrival will cause a geophysical and human change, bringing change and destruction. bibliotecapleyades