Bow Hunter captured strange UFO in the clouds over Gunnison Co, US - July 24, 2014

July 24, 2014
While hunting at an elevation of 10800 feet at very remote country (Gunnison Co, US) I noticed a storm approaching and glassed it to see if I would need to head back to camp. As I did the strange object appeared in the clouds emanating some kind of plume under it. 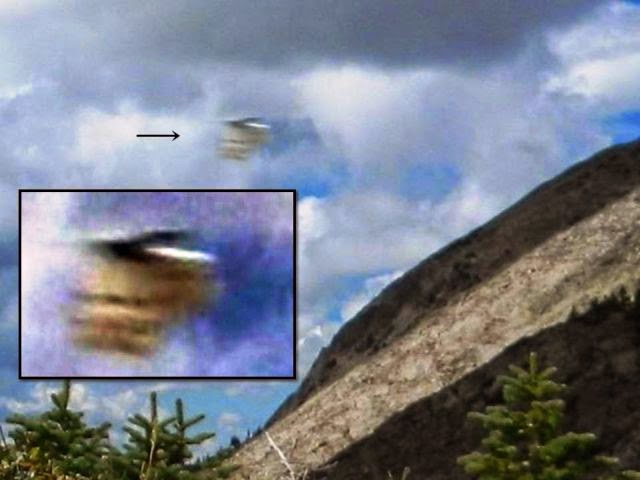 Witnessed a strange object that hovered and changed directions while emanating some kind of plume under it. Through binoculars it appeared to be a disc shape but it seemed to try and stay in the cloud formation. It was very large in size and the object seemed to hover then move slowly within and around cloud formation.

After observing it for a few minutes it left a plume trail and caused the cloud area it passed through to have a trailing effect. Very weird and strange but the most alarming thing was how large it was as I was over 1 mile away and it looked very large.