August 05, 2014
After 10 years and four billion miles, the European Space Agency’s Rosetta spacecraft will arrive at its destination on Wednesday for the first extended, close examination of comet 67P/ Churyumov-Gerasimenko.

Rosetta is named after the Rosetta Stone, the engraved block that was crucial in deciphering Egyptian hieroglyphics, and scientists hope that the spacecraft’s observations will offer important clues to how the solar system came together 4.5 billion years ago.

Rosetta is carrying a small 62-pound lander, named Philae after the island in the Nile where the Rosetta Stone was found. In November, Philae is to leave the spacecraft, set down on the comet and harpoon itself to the surface. That will be the first time a spacecraft has gently landed on a comet. Designed to operate through 2015, Rosetta and Philae will make observations as the comet makes its nearest approach to the sun a little more than a year from now, at 115 million miles, still outside of the orbit of Earth.

Link to: Black/white images taken on 4 August 2014 from a distance of about 234 km from comet 67P/Churyumov-Gerasimenko.

Note: I am not saying that these objects are real, it may be an optical illusion. Anyhow, please take a look at the images below and decide for yourself. (Click on image to enlarge) 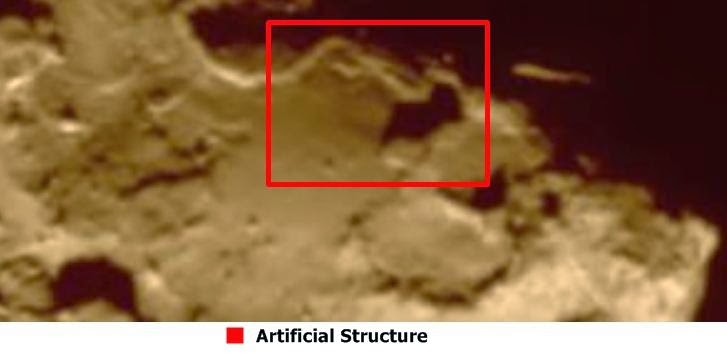 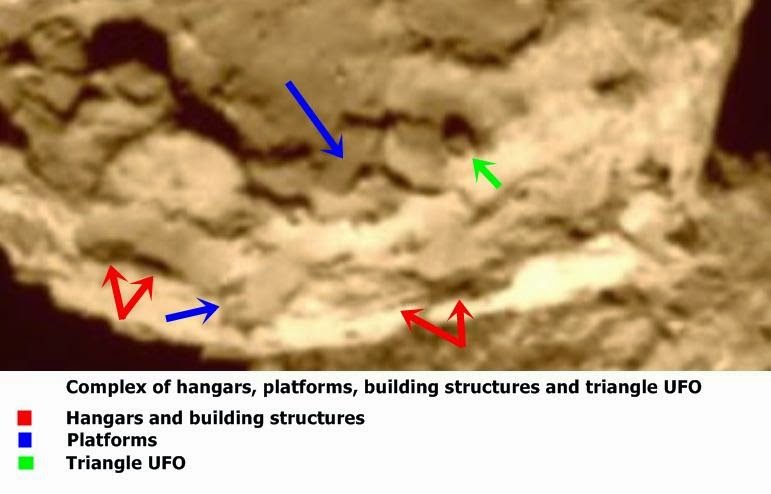 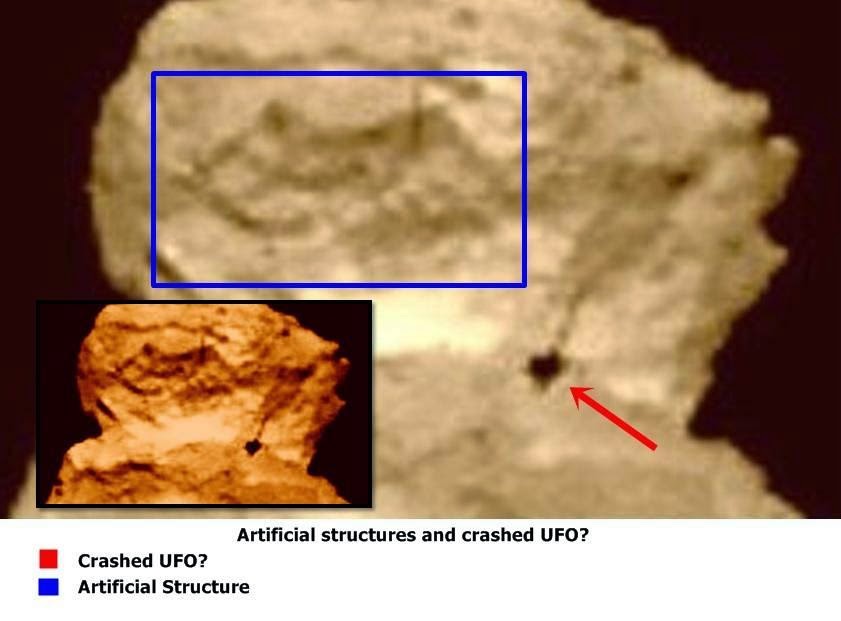