Many people in Shanghai and in Hong Kong witnessed a UFO similar to the Houstan Texas Lights. The UFO appeared on the same day (September 27, 2014) over Shanghai and over Hong Kong.

The unidentified flying object was photographed by chance, around the International Financial Center in Shanghai ( Shanghai IFC Mall), located in its namesake city in eastern China.

The same UFO was seen over Hong Kong and captured on film.

Witness statement: "Spotted whilst at the Peak around 6:30pm - dusk just as we were heading down on the tram; initially thought it was a plane coming in to land then realised it was really not as it didn't move. The video is bad quality as its on iPhone 5 using full zoom - to our eyes it was much clearer and there was actually at least 6 visible lights static in total - these were other more vague lights in between the main triangle formation, just not as visible, but these kept flickering in and out of view; red white bright lights like watching a star a night."

"Please watch our other video for more detail - apologies for the switch from portrait to landscape, its just not something you see everyday."

It looks very similar to the ring shaped UFO recently spotted during a thunderstorm over the city of Houston, Texas. It could be the same object? 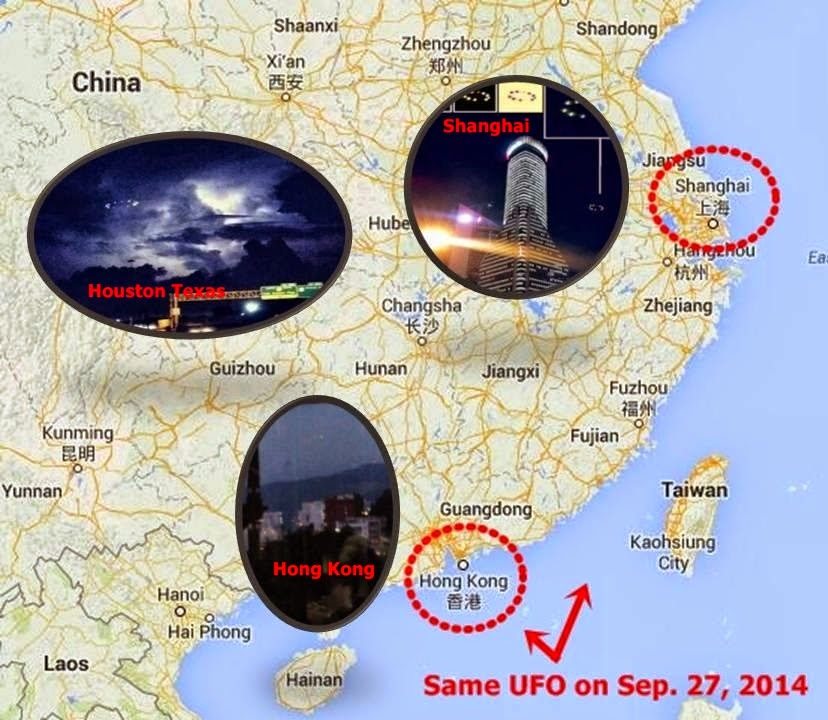