September 19, 2014
Clear UFO spotted in the sky over Portsmouth, UK. 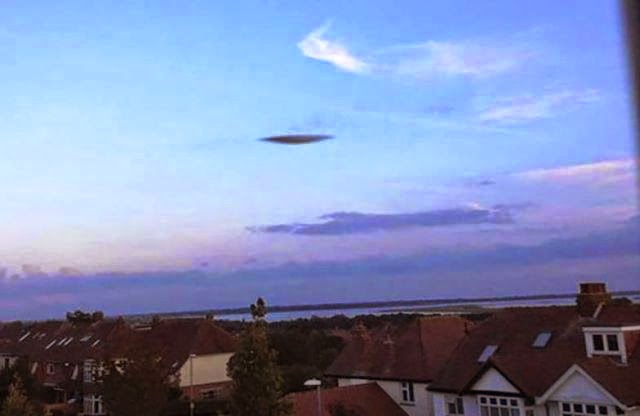 On September 14, 2014, people have spotted a strange flying object in the skies of Portsmouth, UK and believe it could be a UFO.

J. Blackwell, of Trevor Road, Southsea, told ‘The News’: “I don’t believe in UFOs, but when I saw this I didn’t know what it was. It was a grey, disc-like shape, which I know sounds like a stereotypical UFO, but that’s what it looked like and it was moving very fast.”

Another witness: “I don’t know much about military crafts, but this was very fast-moving and very odd to see.”

Laura Young, of the Met Office, said: "After looking at the images, I can say the object is nothing to do with the weather and it is not meteorological and is not a cloud.”

UFO photographed in Fort Lauderdale, Florida next to a double rainbow. 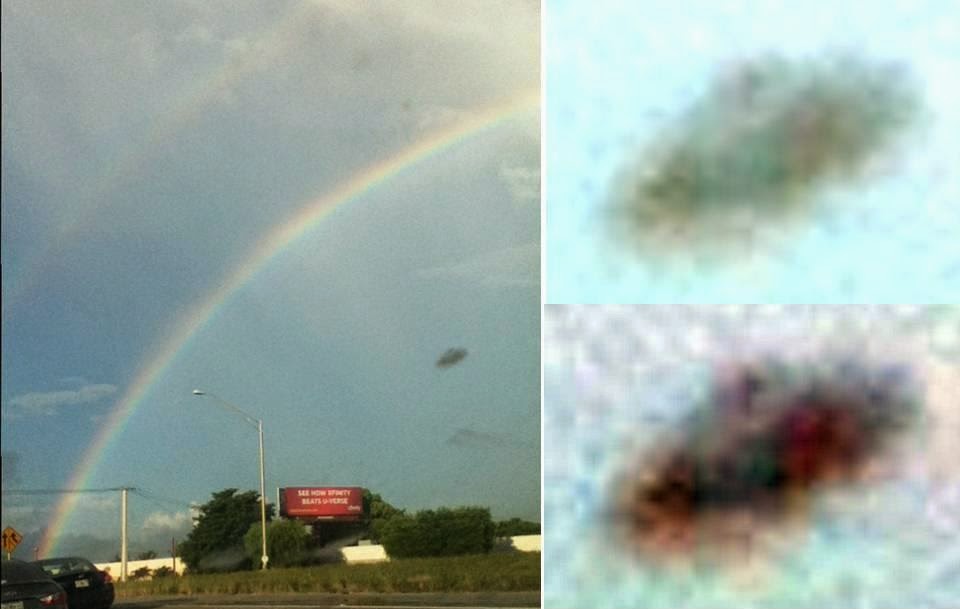 “On September 15, 2014, I noticed a double rainbow in the sky and I got out my Smartphone to photograph the rainbow and took four pictures in succession.”

“On the fourth photograph (left) I captured what appears to be a UFO flying really fast next to the rainbow. As quickly as it appeared, it was gone.” Mufon case 59886.

On September 17, 2014, a friend of mine was flying on a commercial airliner from New York to California when he saw another airplane that appeared to be leaving a con-trail or a chem-trail. 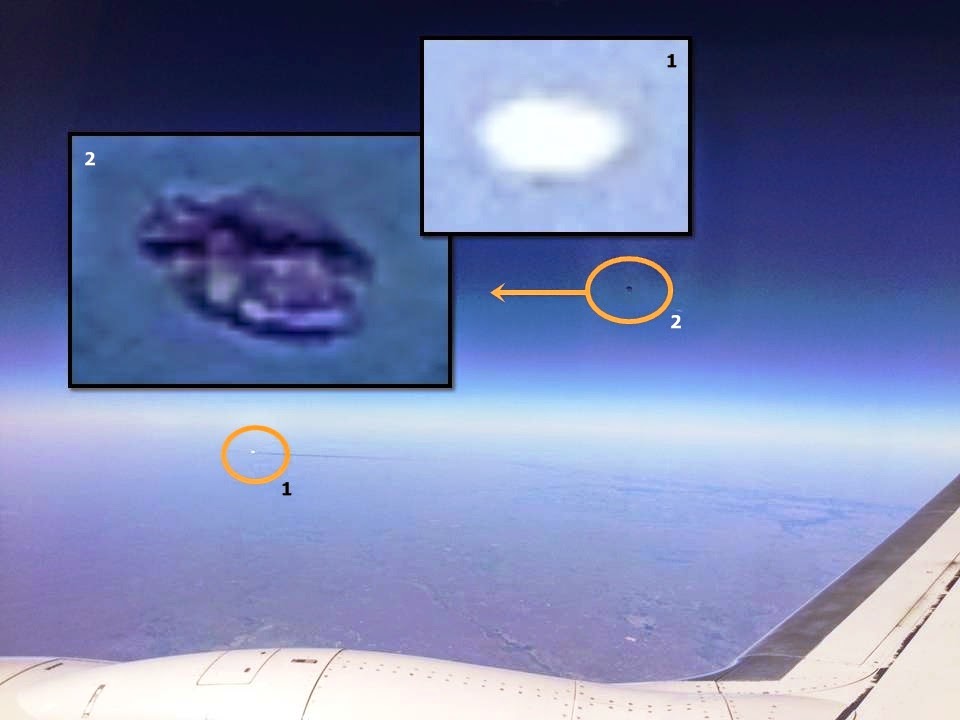 He knows that I am interested in chem-trails so he decided to take a few pictures of the plane to send to me. After looking at the pictures I noticed that there was something else in the picture that did not seem like it should be there.

When I zoomed in on the object it appeared to have structure (Nr. 2 in the image). I tried to rule out things like it being dirt on the outside window, but he took a total of 3 pictures out the same window and this object is only visible in one of them (image above), which would lead me to believe it was not some sort of smudge or something like that.

I think he might have accidentally captured a craft of some kind, that might have actually been following the plane that was leaving the trails. Mufon case 59924.