Rosetta Mission: Comet 67P is not a Comet but Alien Object

November 15, 2014
Probe landing attracts allegations that 67P is not a comet but alien object kept secret by Nasa and European Space Agency.

On Wednesday afternoon, the European Space Agency made history when their Rosetta Mission successful landed its Philae probe on a speeding comet, but the space agency lost contact with Philae after it missed its first landing and then bounced twice.

According to CNN and Washington Post: With no downward thruster and with the automated harpoon system having not worked -- the intrepid Philae lander touched down a total of three times on the comet before coming to a final resting place in a shadowy spot. As a result, its solar panels aren’t being exposed to nearly enough light and Philae's planned mission is expected to end when the primary batteries run out sometime on Saturday. Despite the lander shutting down, all might not be lost forever according the space agency.

According to TheGuardian: An email published on the website UFOSightingsDaily this mission is part of a European Space Agency and Nasa cover-up to disguise the comet’s true alien nature.

The email, allegedly from a secret whistle-blowing employee of the ESA, accuses the agency of “blatant cover-ups” in wanting to land on the speeding comet and attaches photos which claim to reveal the “true inner workings of Comet 67P”.

Excerpt from the email:

1. Why would a space agency suddenly decide to spend billions of dollars to build and send a spacecraft on a 12-year journey to simply take some close-up images of a randomly picked out comet floating in space.

2. 20 Years ago NASA began detecting radio bursts from an unknown origin out in space.

3. It does show signs on it’s outside of machine like parts and unnatural terrain.

In September, BPEarthWatch published a video showing images taken from the Rosetta spacecraft, they appeared to show two UFOs flying over the comet and a transmission tower-like structure built on the surface, potentially emitting the mysterious radio signals which have been picked by the ESA.

ESA’s confirmation that the comet had been emitting a “mystery song” has fuelled theories that it is in fact an alien ship and the warbling is an extra-terrestrial attempt at communication. See video 'mystery song.'

Before the Philae lander touched down on the comet it sent back a number of black-and-white images.

Now take a close look at these images and I refer to the email from the whistleblower: “It does show signs on its outside of machine like parts and unnatural terrain.

The combination photo of different images taken with the CIVA camera system released by the European Space Agency ESA on Thursday Nov. 13, 2014 shows Rosetta’s lander Philae on the surface of Comet 67P.

Discovered by Ken Pfeiffer from Worldufophotosandnews, this image shows an odd rod, bar or cable that comes out of the comet and just think, what natural phenomenon could create such a regular structure out in space. 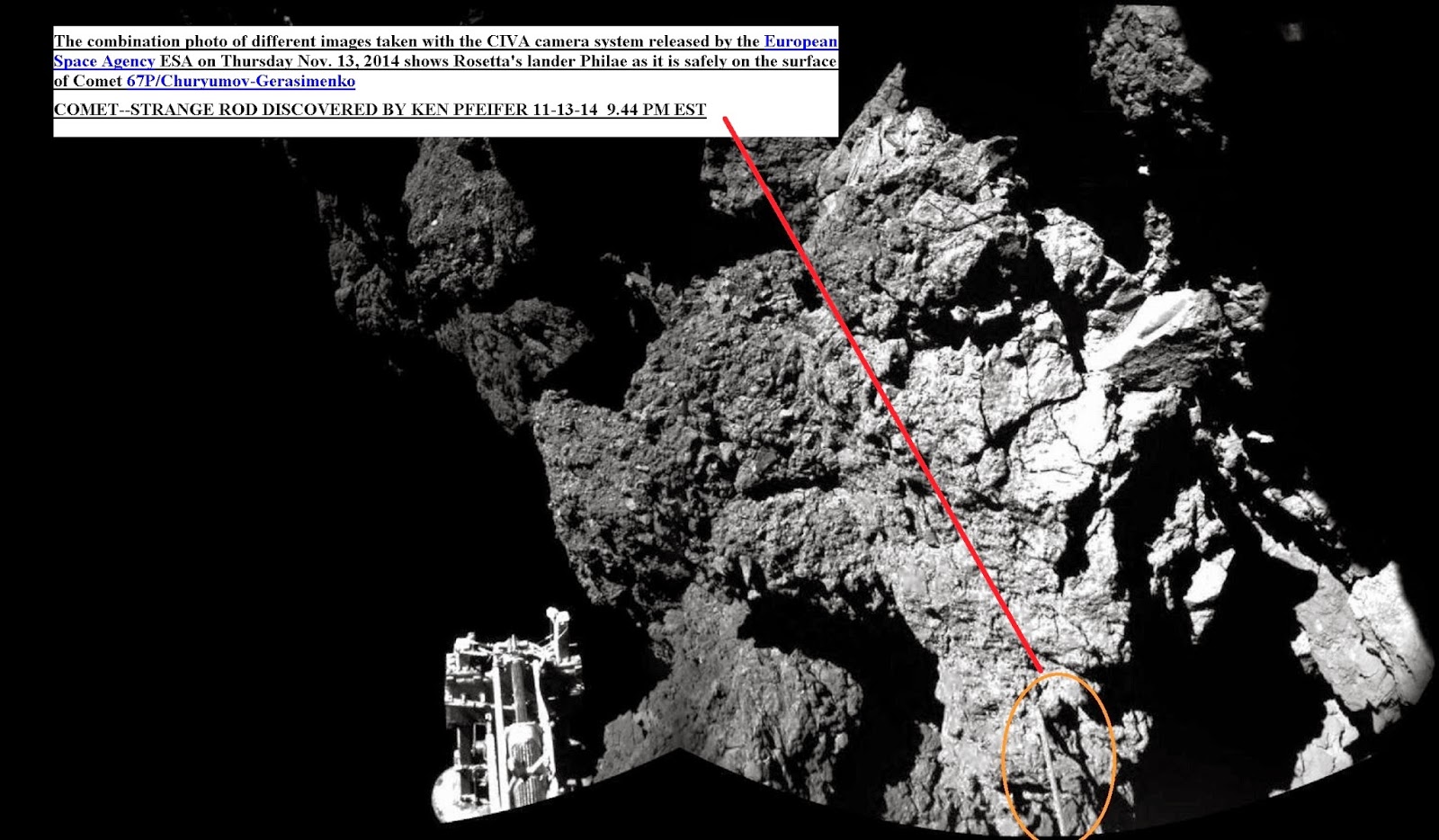 ESA described the strange phenomenon in the image as follows: “One of the lander’s three feet can be seen in the foreground.” 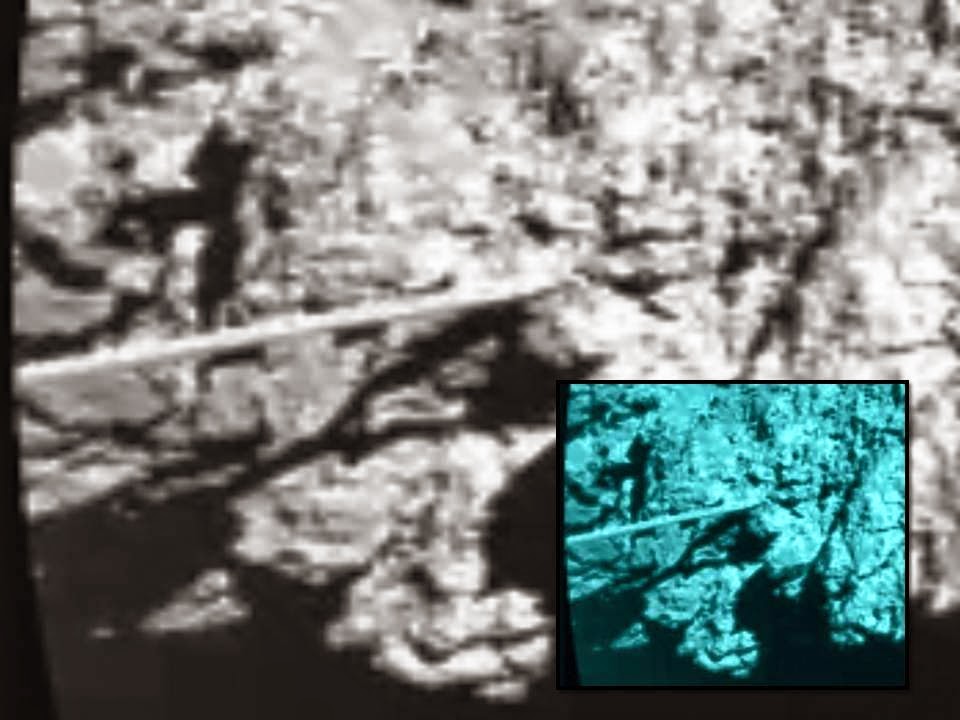 This original image shows, besides the strange rod,bar or cable a remarkable unnatural terrain and parts of what looks like:

1. Landings platform
2. Object/UFO on platform
3. Artificially made rock structure (Snake/Dragon figure)
4. Tube or a corridor leading to the interior of the comet 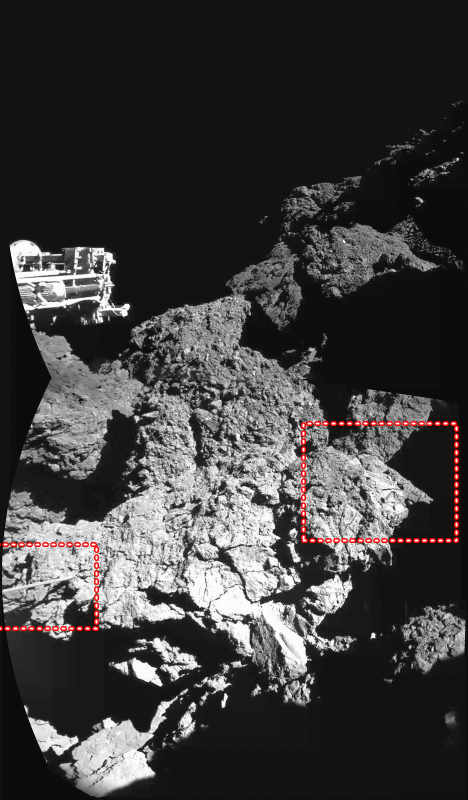 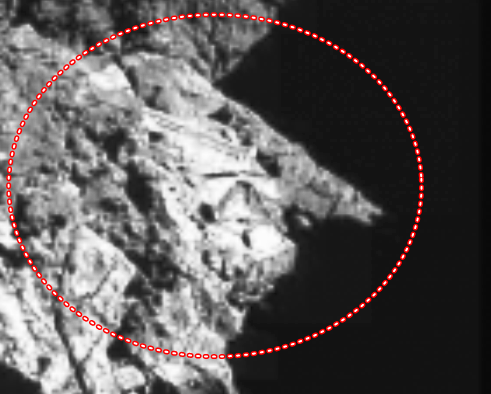 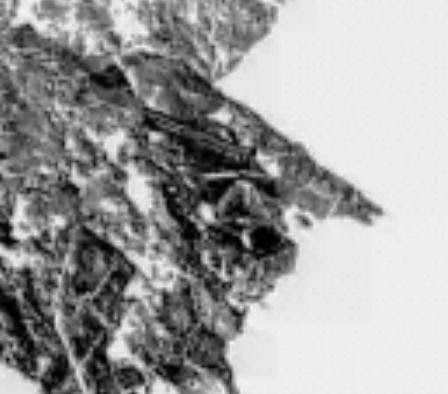 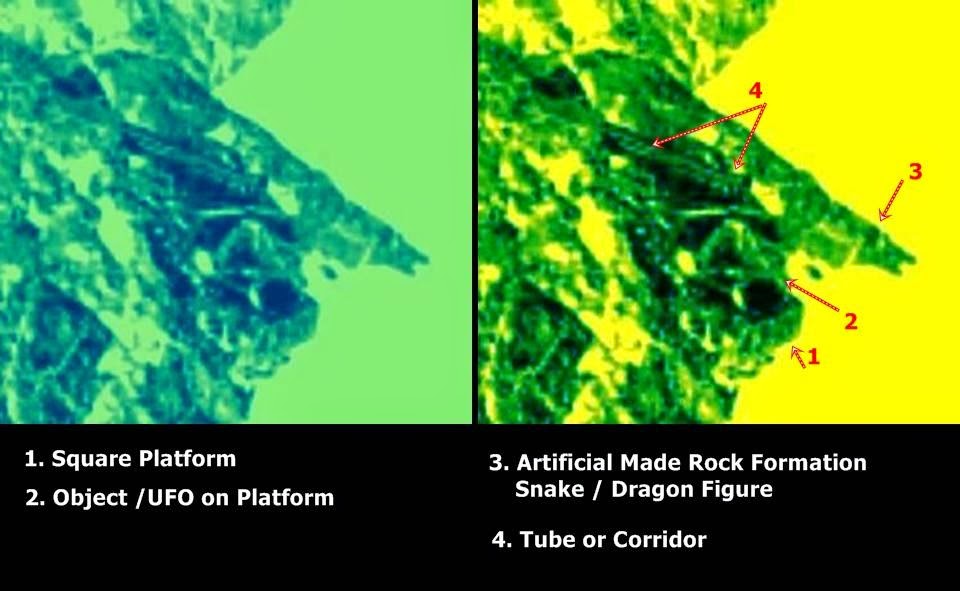 So what do you think about this comet P67?