I spotted this object clearly from the patio of my casa. I had taken about 150 pictures and I started to go over them to see what all I had. 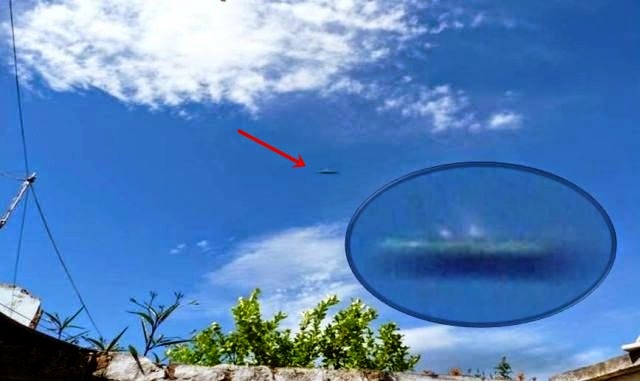 The object I captured on photo is not conventional, has considerable size and was flying a route from south to north.

Photo is somewhat fuzzy, object perhaps is circular (ovoid) and has in the top center of what appears to be spheres or colored balls.

I am leaving the decision on what this is to those who study these things. The location is west and somewhat north of Mexico City.

I was at home snow blowing when I got text from my daughter of a UFO taking from our porch, a few seconds later she came around screaming about the UFO and the picture she got before it flew off so fast that she could not stop talking about it. I had her write down in her own words about what happened and what she saw for you.

It was February 14, 2014. It was a somewhat cloudy day and I was home with my dad and just snowed so I go with my phone to take a picture and after a few photos I look up and see something in the sky and I was wondering what the heck is that.

I look at it for about 5 to 10 seconds and it takes off as fast as the speed of light. It was like a boomerang shaped. It was very fast and was a grey color. I was stunned of what I saw. I know my dad believes in UFO's and I was skeptic about them and after I saw it I thought he wasn't that crazy, I couldn't believe it. 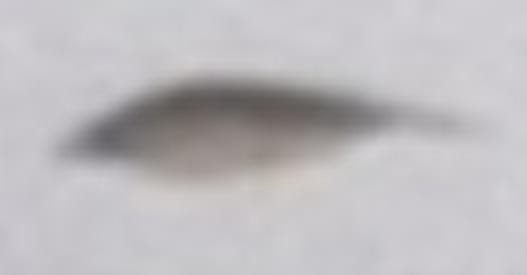 After that I looked back at the pictures I had took and see that I have gotten a picture of it. And so I send it to my dad and go running to him and told him what I had seen. Mufon Case 64099

On March 8, 2015 I went to the archaeological site of Teotihuacan, State of Mexico. I took many photos, especially when I got to the top of the Pyramid of the Sun, where people are "energy charged" hole touching a stone, which considered the powerhouse of the basement.

Some researchers say that non-human entities "feed" off mental energy that we produce humans in altered states of consciousness, for example, meditations, excitement, extreme emotion, fasting, etc. Such energy is called "Psi". It is a possible explanation for the appearance of UFOs in mass concentrations. 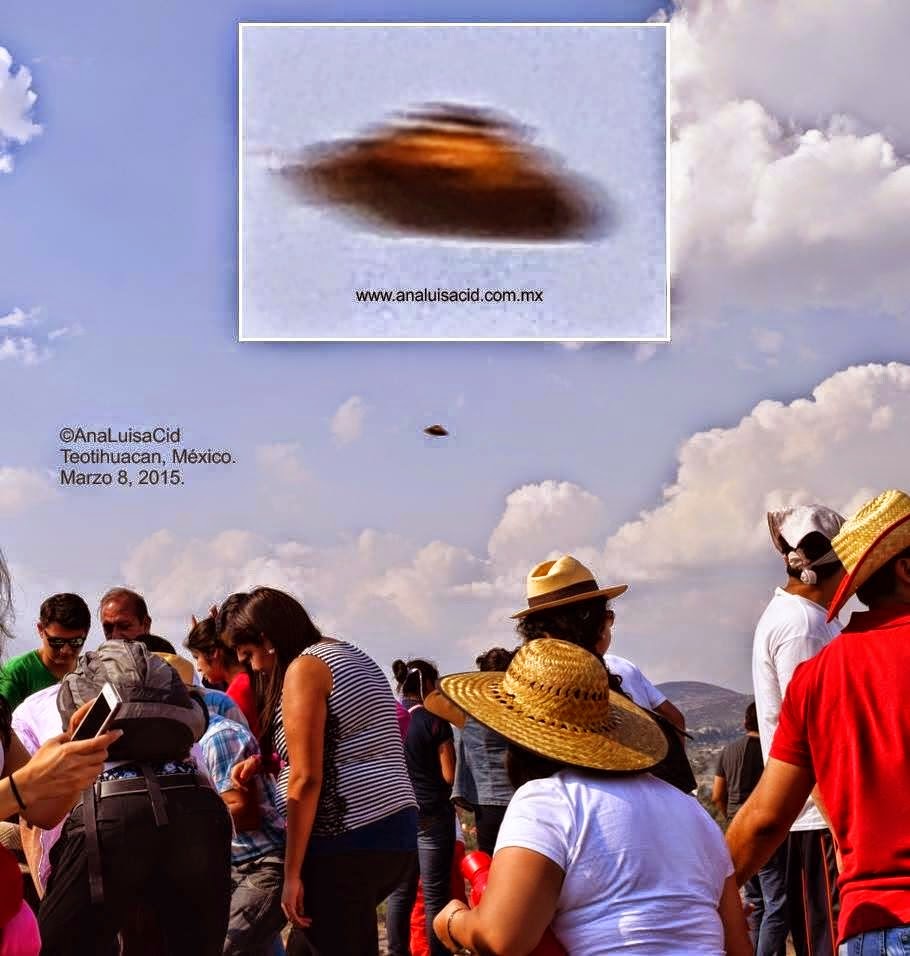 Moreover, the photos of random UFOs may be because the object passed so fast that was imperceptible to the eye, or perhaps because vibrate in another range of light that our eye does not capture, as the infrared spectrum, for example. (Translated from source)

Feb 3, 2015. The two orb-like unidentified objects were captured floating in the sky above Barwell, Leicestershire. A 41-year-old woman spotted the two balls of bright white light after strange noises woke her at 4.50 am on February 3, reports the Hinckley Times. She thought it was coming from downstairs so she got out of bed and went to see what it was.

After finding nothing the woman went to make her way back to bed when she suddenly spotted the two lights out of her window. 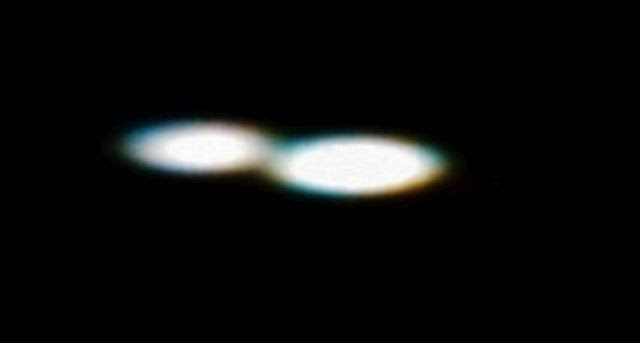 Are these orbs of light UFOs? Joanne Kavanagh, who is investigating the incident on behalf of Lufoin – the Leicestershire UFO Investigation Network – said: “It was a clear night and there were no clouds in the sky. “The lights kept merging into one and moving side to side.

“She said she watched them for about a minute and a half and got 20 seconds of video on her phone. “Then they shot off at speed together and merged into one again.

“It’s quite an interesting case.” Hinckley Times / Paramount A 41-year-old woman from Earl Shilton spotted the two balls of bright white light in the early hours of February 3 of this year. Hinckley residents may have to remain vigilant… Joanne, who has experienced strange unexplained incidents herself, said the organization is trying to figure out what may have caused the lights.

She said: “We don’t have a clue at the minute. We are trying to rule out whether it was an aircraft – we know it wasn’t anything to do with a police helicopter and we are still waiting to hear from the air ambulance. “The way they were moving and shot off within seconds, that’s not the actions of a helicopter or plane. “A lot of incidents can be linked to Chinese lanterns or drones but I don’t believe the orbs moved in the same way.”