Identical Rocks on Mars? You Will Be Surprised! 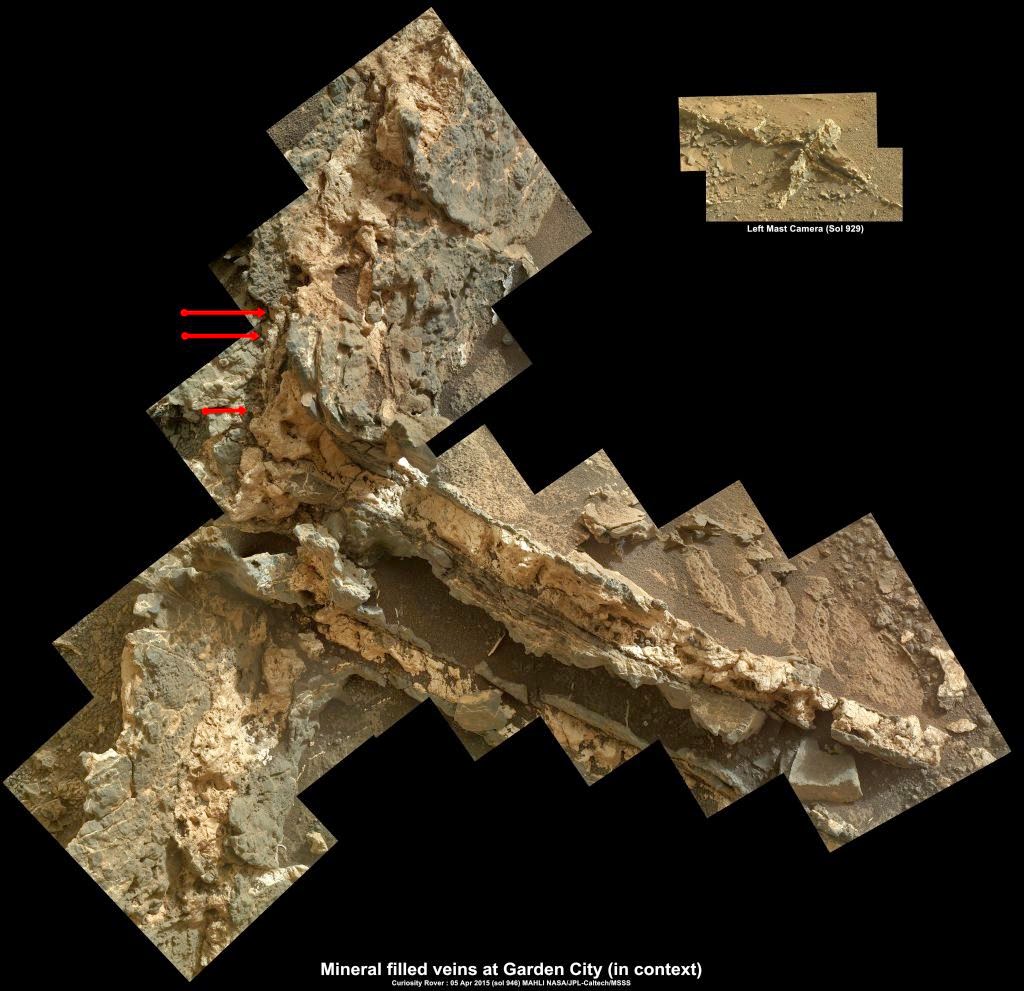 According to Mars scientists at the Jet Propulsion Laboratory (JPL) in Pasadena, Calif. the veins appear as a network of ridges left standing above the now eroded-away bedrock in which they formed.

Individual ridges range up to about 2.5 inches (6 centimeters) high and half that in width, and they bear both bright and dark material.

They say there are no two things alike in nature but below images show a rock that has two features that are almost 99 % identical.

Look very good at the image and notice the two features how each dot, line, shade, stain, spots and contours are exactly the same. If this was an overlap or stich error they would be 100% identical but they are not. 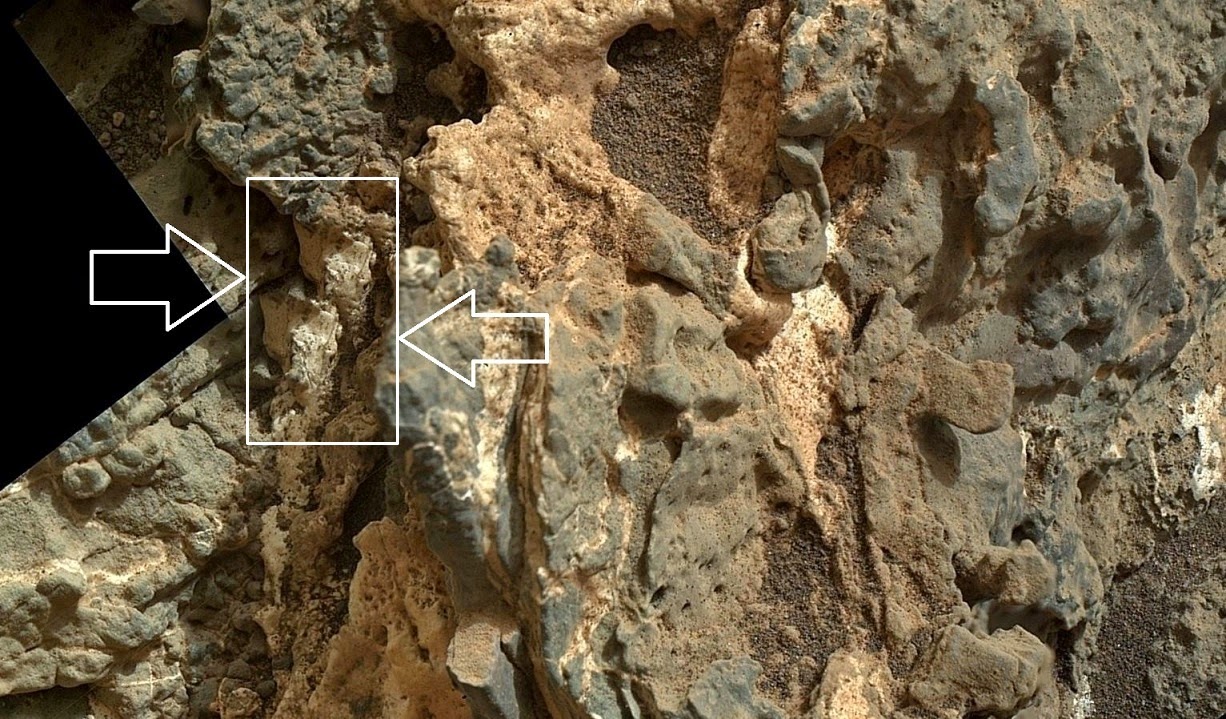 If this is a rock, what are the odds that two areas would be this close to form exact veins, spots and contours but the grains of sand around it are not the same. 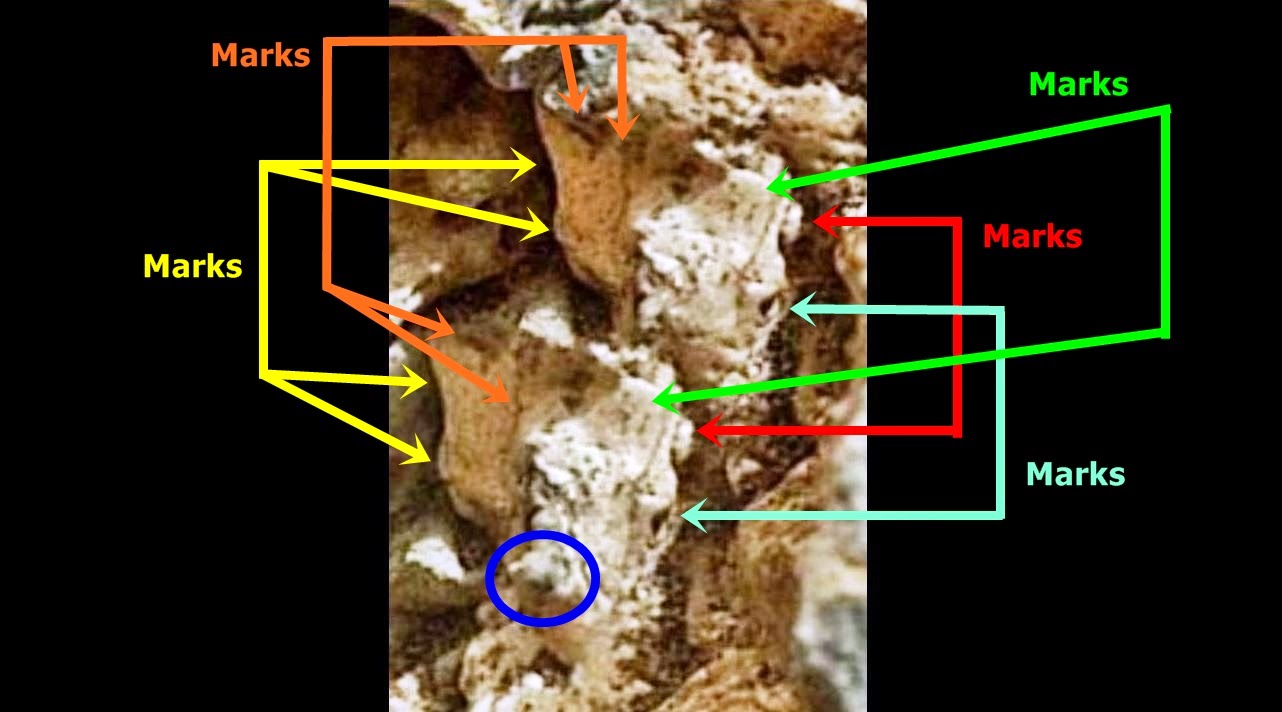 It has enough variable features to see that it is not an accidental overlap where it would show the same feature twice on the same image. 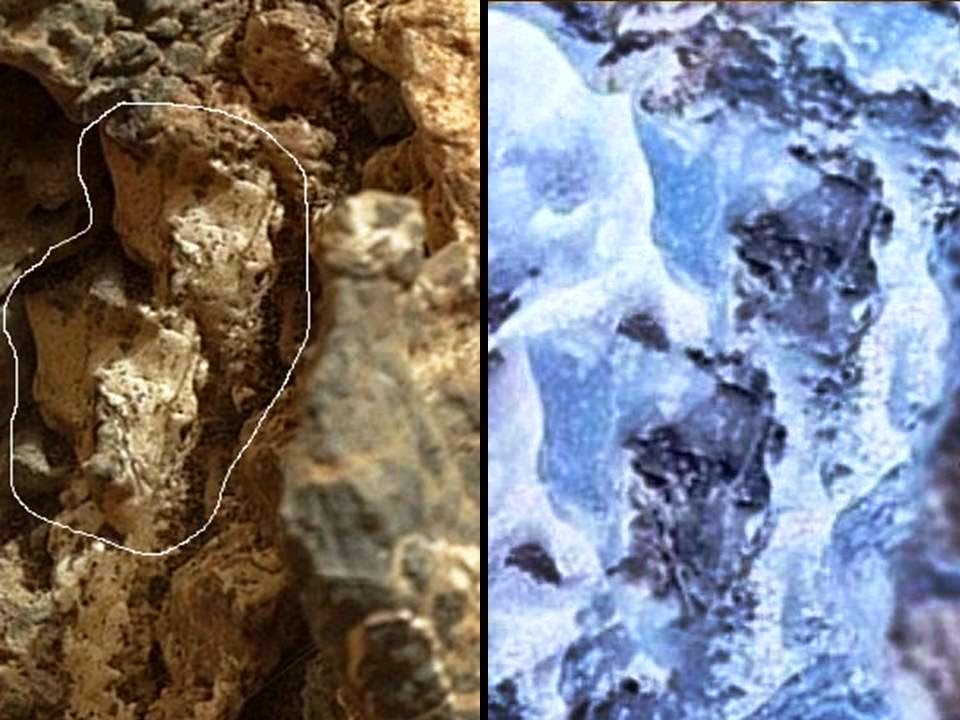 Besides the strange identical rocks there are several other strange artifacts on the same spot, see below images. 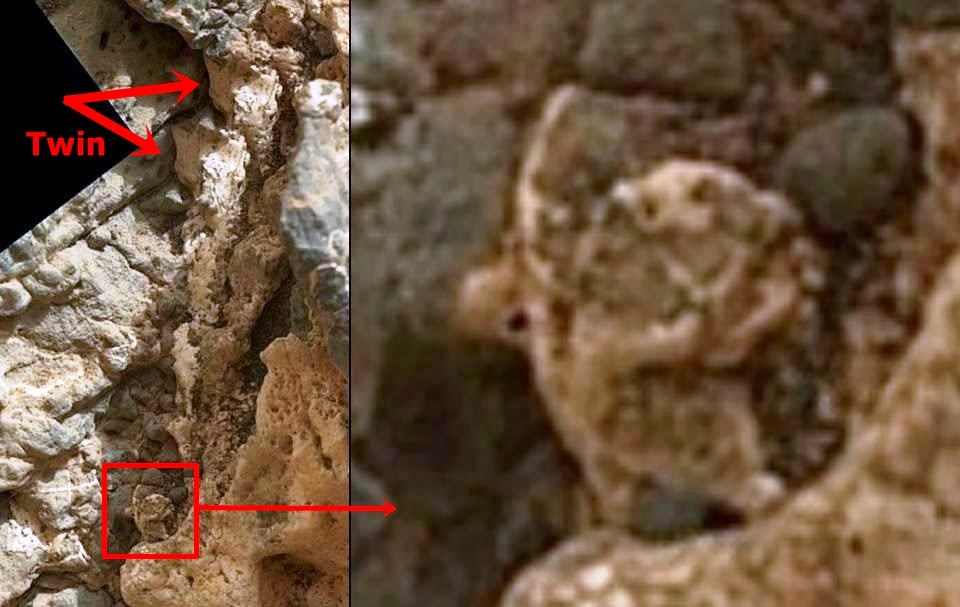 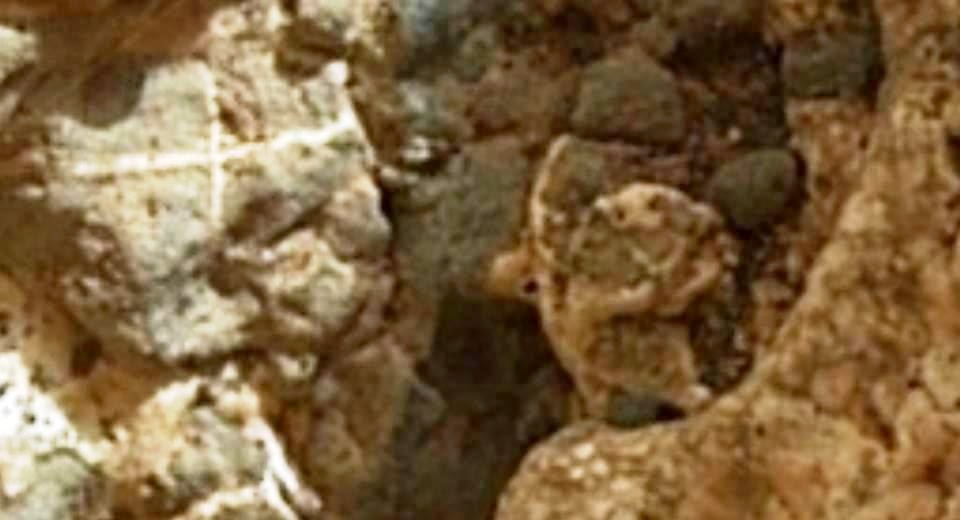 And the next close-ups: 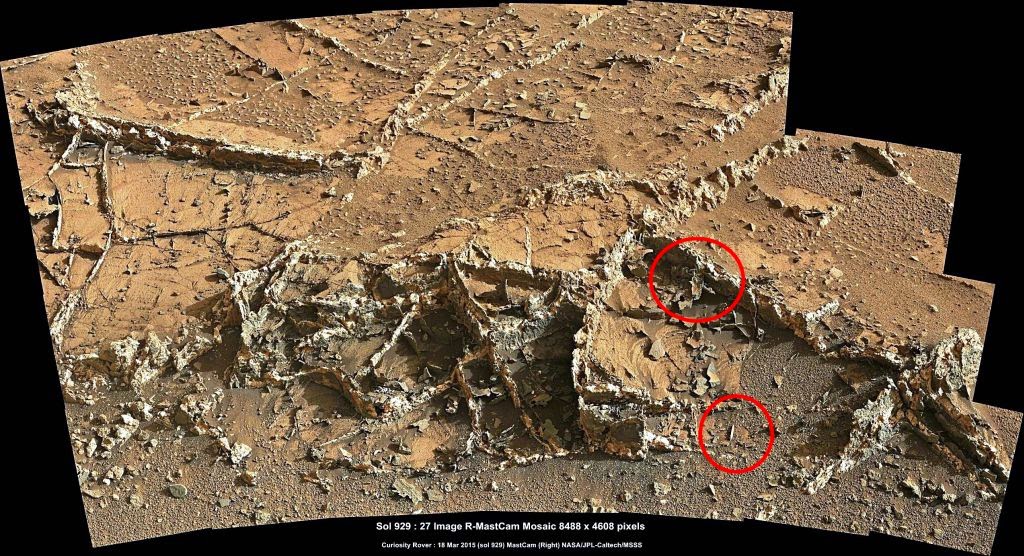 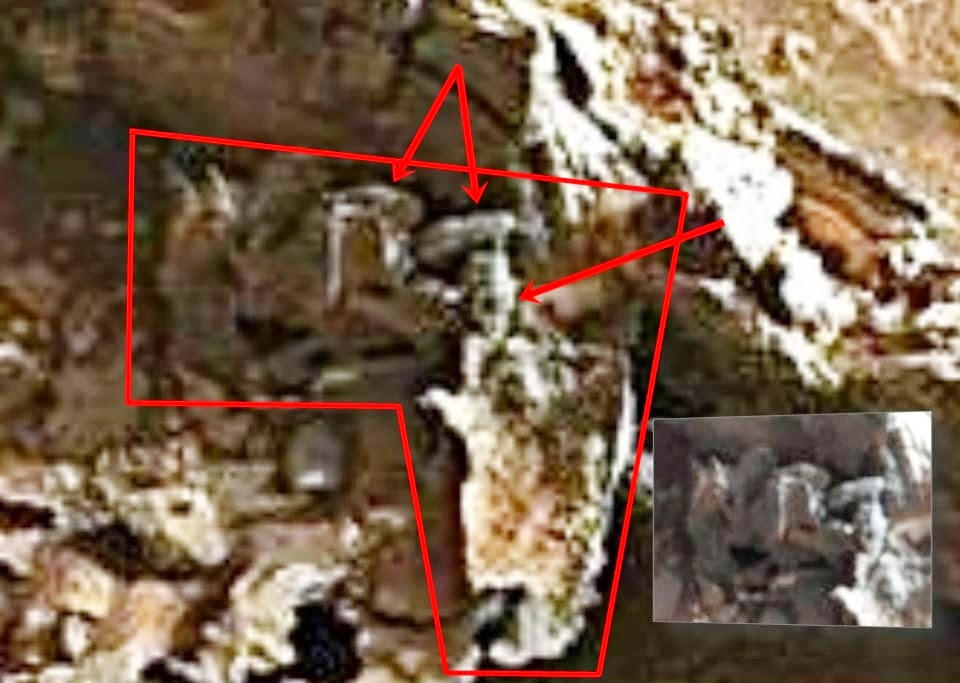 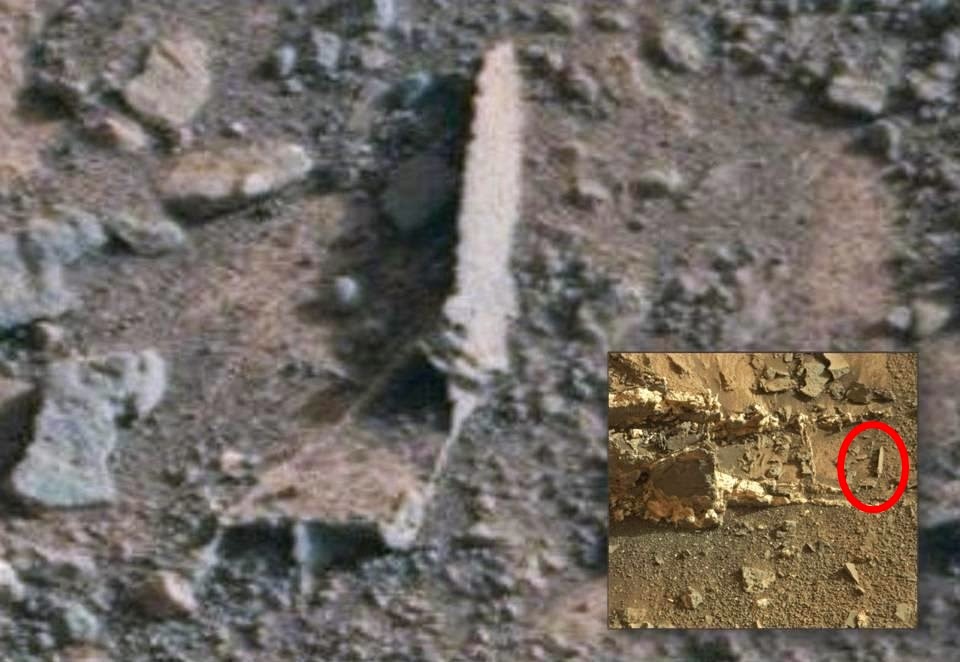 I know we can not investigate with expectations of finding anything near what we find on earth but then again maybe it will be similar.

So, at first glance it looks like a fossilized back bone protruding out of the ground but after analyzing all objects it is possible that these objects are part of an ancient water transport system, maybe used for irrigation, mineral exploration and mining?

As the individual ridges range up to about 2.5 inches (6 centimeters) high and half, such a system much then be very small as well as the beings who worked on the system would be on a very small scale too, say a few inches tall?

Except, if the objects were part of a bigger system before the area was filled up and covered in dried mud and that would mean the bigger part of the system is still below the surface.

Once again, besides the other strange unnatural looking objects, it seems impossible that a rock has two features that are almost 99 % identical or is it a normal process for two outcrops to form almost exact?

Below the links to the original images: