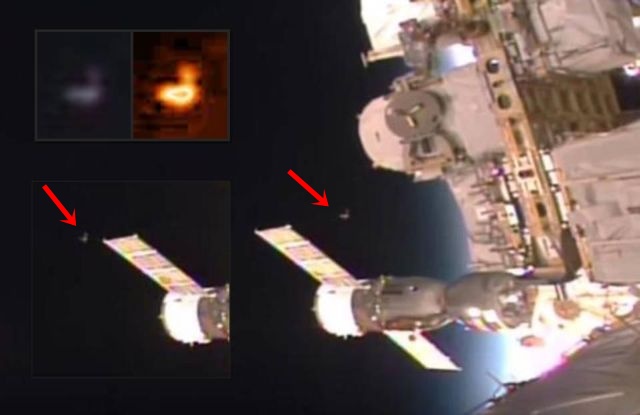 He has not a clue what this is. If it’s a Satellite, then surely it is a way off course and ISS Radar hasn’t seen it yet.

An object this close to the station would surely prompt a collision alert.

Could it be a new Japanese cargo ship which is on its way to the International Space Station?

Approximately 15 minutes after launch, the HTV-5 cargo spacecraft successfully separated from the rocket and began its five-day rendezvous with the International Space Station