The large energy pulse was detected and decoded by the computer as actual "precipitation" or lack thereof... showing up along the same frequency bandwidths that the moisture returns reflect.

The energy causes a false return to show up temporarily in the shape of the incoming waveform. 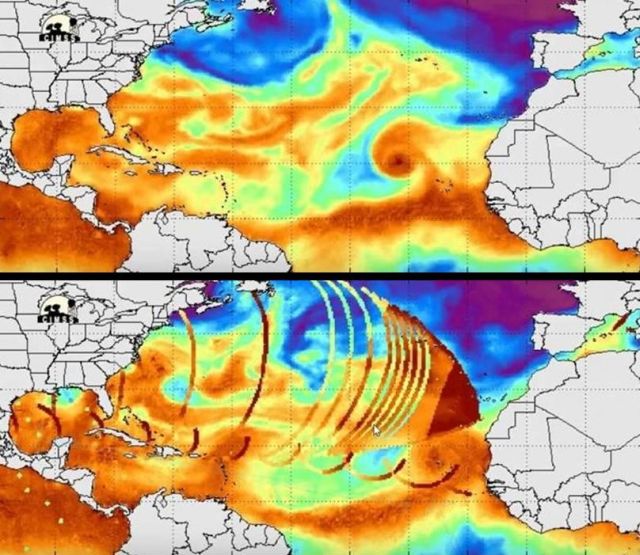 The odd nature of the energy pulse is matched by the odd locations of the start/finish of the pulse.

The pulse appeared to resonate like a radio frequency signal, and travel across Asia (North Indian Ocean along the equator) towards the central Mid-Atlantic ocean.

The pulse then takes a new shape over the Canary Islands, and resonates out over the Atlantic like a sine-wave.

The ripples of the energy pulse really do appear like long waveforms seen on an oscilloscope (a device used to observe electrical frequency and radio frequency waveforms).

Could this be something coming in at Earth from outer space? Yes.

Could it be man-made? Yes.

Could it just be some kind of strange data error? In my opinion, No... not an error in light of the other times we've seen energy pulses having a direct storm effect.