September 08, 2015
The solar system is travelling through much stormier skies than we thought, and might even be about to pop out of the huge gas cloud we have been gliding through for at least 45,000 years. That’s the implication of a multi-decade survey of the interstellar wind buffeting the solar system, which has revealed an unexpected change in the wind’s direction. 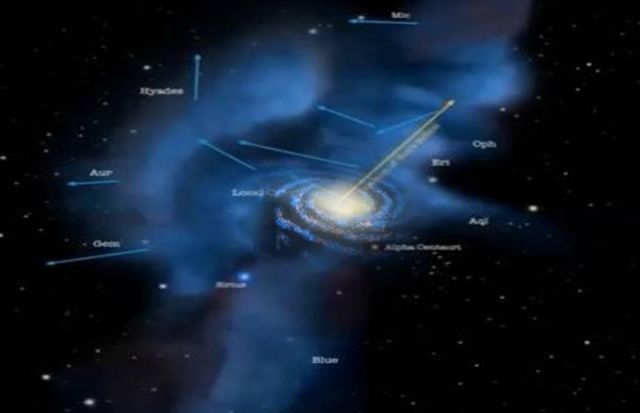 The edge of the solar system is roughly defined by the heliosphere, a giant magnetic bubble blown by charged particles streaming from the sun. This bubble shields Earth from much of the interstellar wind, so a change in the wind’s direction will have little effect here on the ground.

But the change does tell us something surprising about our galactic surroundings. The cloud is so large and diffuse, it was previously assumed to be relatively calm, and that the wind would blow in the same direction for millions of years.

The fact that the wind is shifting over the span of mere decades means that the interior of the cloud is either unusually turbulent, or that the solar system is a mere 1000 or so years away from punching its way out.

“While there had been hints that something was changing in the environment of the sun, when we finally put all the historical data together it became clear that one can make a strong scientific statement that this change has actually occurred,” says Frisch from astro.uchicago.edu.

What the change means is still up for debate. We could be nearing the cloud’s edge, or we could still be in the thick of it, pushing our way through an interstellar storm.