Monday, September 07, 2015
A staggering picture of an extraterrestrial organism is proof of alien life, scientists claim.

Image below shows a crystal of salt with the bizarre horned creature what they believe to be alien microbes high up in the stratosphere. 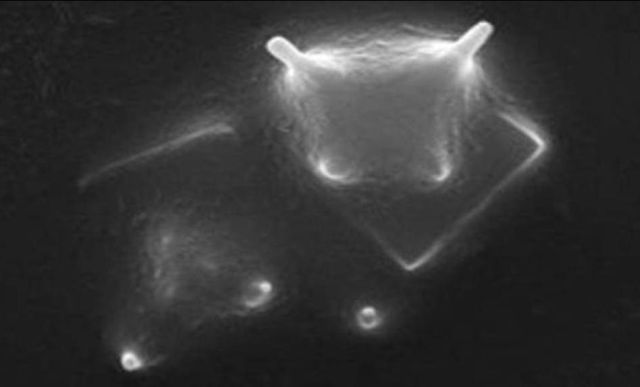 Professor Milton Wainwright of the University of Buckingham Center for Astrobiology said that the particle, found at a height close to 30 kilometers in the stratosphere, has no relation to anything found on Earth and must be from space, which proves life exists outside Earth.