October 20, 2015
How many extraterrestrials are visiting Earth?

Is the Project: Blue Beam alien in origin?

In the video below, Stewart Swerdlow unveils the truth about our sun, our solar system, space travel, the government lies, CERN and much more.

He also talks about our planets history and future. 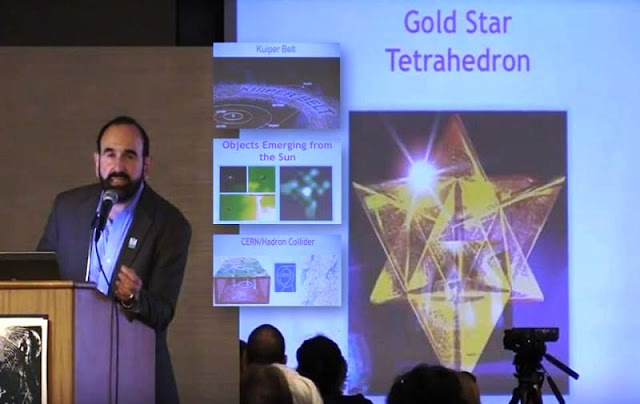 Stewart was born in Long Island New York in the late 1950's, and from an early age, remembers encounters with Alien beings. In fact, some were not even humanoid.

His birth was even more bizarre. The doctors told his mother there was no chance she would ever have children and yet, Stewart was born. Even today, his birth is a mystery.

While in high school, Stewart was picked up at night by, what he initially thought, Extra Terrestrials, and brought to Montauk.

Later on, he learned his hijackers were military officials working under the guise of E.T.'s.

Because of Stewart's "special" characteristics, he became part of the Montauk genetic experiment program.

He later learned that only 1% of the people in that program ever survived.

Stewart became sort of an abnormality with special skills. These skills were used extensively as a programmer of the Montauk boys. While at Montauk, Stewart knew of Al Bielek. He confirms that Al was the Psychic Program Manager while he was there.

In 1983, when the Montauk Station was destroyed (however later built), Stewart went into a tailspin. He believes the station had a lock on him and in some sense controlled him. When the lock was released he lost his identity.

Over the last 17 years, Stewart has been working hard to successfully regain his identity. He was put in Federal Prisons to persuade him not to talk about his past.

What is unique to Stewart is that he never lost his memories of his experience at Montauk.

Presently, Stewart is teaching others how to use the techniques used at Montauk for positive purposes. He teaches seminars on how to align and enhance the mental capabilities of his students.