Mysterious ‘wheel-shaped’ geoglyphs discovered in Jordan could be 8,500 years old

on December 02, 2015
Thousands of stone structures that form geometric patterns in the Middle East are coming into clearer view, with archaeologists finding two wheel-shaped patterns date back some 8,500 years.

That makes these "wheels" older than the famous geoglyphs in Peru called Nazca Lines. 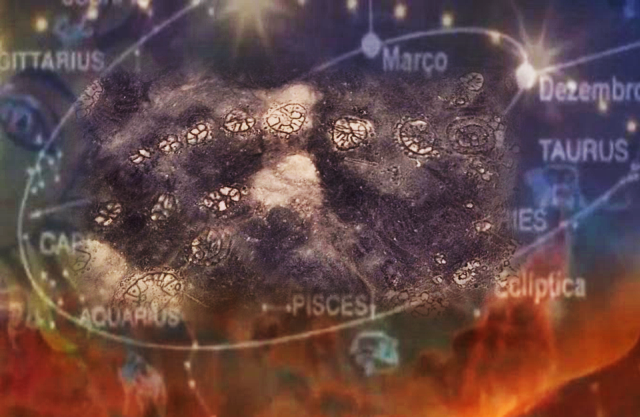 The works "demonstrate specific geometric patterns and extend from a few tens of meters up to several kilometers, evoking parallels to the well-known system of geometric lines of Nazca, Peru," wrote an archaeological team in a paper published recently in the Journal of Archaeological Science.

Why people in prehistoric times would build wheel-shaped structures that can't be seen well from the ground remains a mystery. Though the wheels are often difficult to make out on the ground, they are not invisible. Granted, one can't see the finished product standing at ground level, but one can still determine a general geometric configuration, Live Science reported.