December 10, 2015
A white spherical object suddenly appears during a live TV news broadcast, crosses the screen, at one point it looks like the object flies through the smoke of a power plant and then disappear. 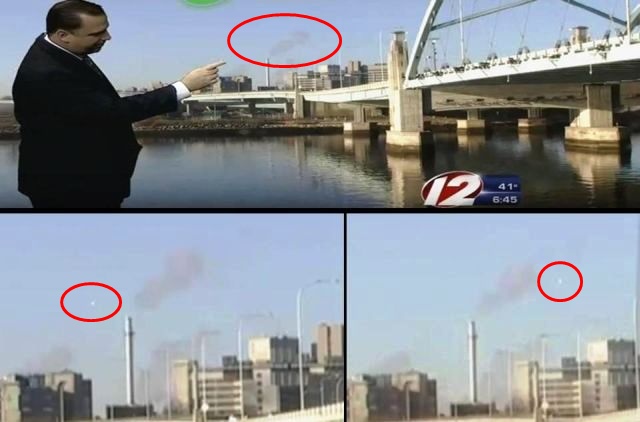 Witness states: “It was more a matter of luck than anything else, but it was an amazing 1-2seconds caught live on television Sunday morning at about 8:17AM. (December 5, 2015).”

It is not clear whether the object is a meteor or a UFO.