March 02, 2016
UFO hunter Streetcap1 has apparently found something interesting what looks like a massive alien spacecraft peeking from behind Lasco-C2’s sunshield. 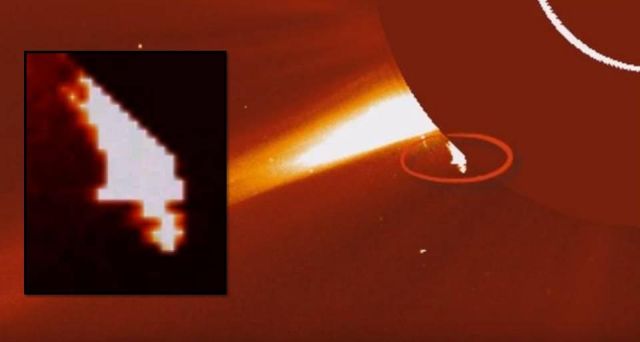 So-called energetic particles are often mistaken for UFOs. When charged tiny particles (electrons and protons) strike SOHO's Large Angle and Spectrometric Coronagraph (LASCO), they overexpose sections of the instrument's sensitive detector, which show up as bright spots and trails.

Upon closer inspection it seems unlikely that it is just an energetic particle given the huge size of the object.

The video shows the object in the original NASA image of the sun captured by the Solar and Heliospheric Observatory (SOHO) on March 1, 2016.