on April 15, 2016
Shockwaves are reverberating around the Kremlin today as word spreads regarding an extraordinary meeting called by Vladimir Putin yesterday where, according to sources, the Russian president said that “95% of the world’s ruling class are not even human,” but are “cold-blooded hybrids” who are “members of an ancient cult.” 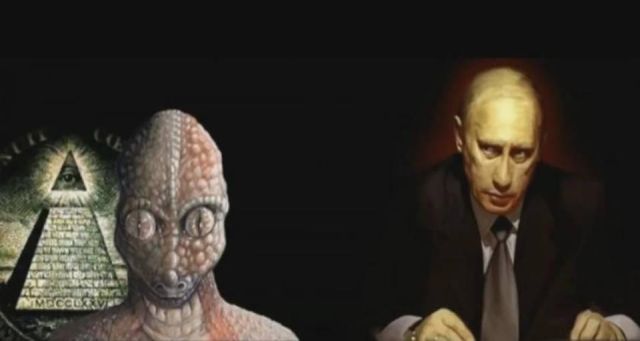 Resisting gentle attempts by close aides to stop the President ‘going there, Putin said that the evidence was everywhere, and that he personally had intimate knowledge of their dealings.

According to yournewswire, he said that he was not one of them, but they are afraid of him and have attempted to lure him into their “ancient Babylonian cult.”