Violent Shaking Along The Ring Of Fire, The Pacific Is Moving! 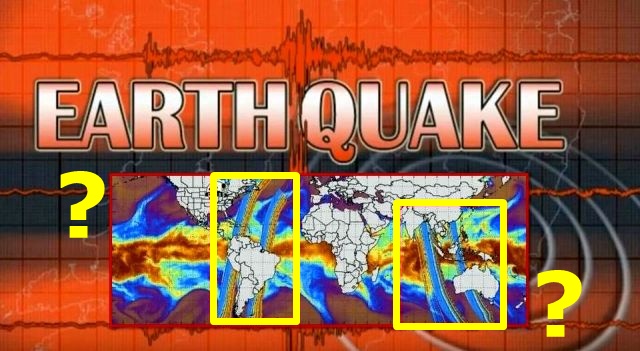 Just within the last two weeks, we have witnessed 16 earthquakes, mainly concentrated in the regions of Russia, Vanuata, Japan and Ecuador, of at least magnitude 6.0 with a strong 7.0 earthquake in southern Japan early on Saturday and the latest powerful 7.8-magnitude earthquake near the northern coastal town of Muisne in Ecuador on the same day, April 16, 2016 so far.

For whatever reason, our planet suddenly seems to be waking up and this violent shaking along the Ring of Fire seems to continue a progression of major disasters that began back during the beginning of April.

Scientists have raised the alarm that the unusual number of quakes occurring at the moment could be a precursor to “the big one” – indicating that a cataclysmic mega-quake might be on its way soon.

Roger Bilham, seismologist of University of Colorado, said: “The current conditions might trigger at least four earthquakes greater than 8.0 in magnitude, and if they delay, the strain accumulated during the centuries provokes more catastrophic mega earthquakes.

But why is Asia shaking so violently all of a sudden? And does this shaking bode ill for other areas along the “Ring of Fire” including the west coast of the United States?

It now appears that on April 5, 2016, something weird happened just before the series of strong earthquakes. 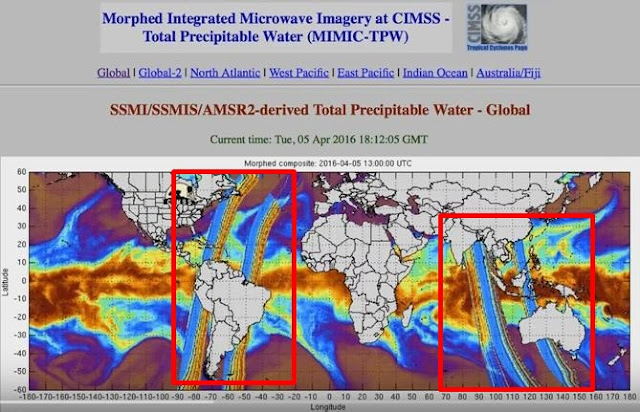 The MIMIC (Microwave Analysis of Total Precipitable Water) data has shown very large 'anomalies' presumed (microwave?) energy from an unknown source covering the entire globe on April 5 (image above) and again on April 14, 2016 (image below).

Referring to these strange ‘anomalies’ we might wonder whether all these strong earthquakes, is the result of a secret weapon used for weather manipulation!