May 18, 2016
Dr. Steven Greer appeared on the Carol Rosin Show on May 13, 2016 to discuss new critical and urgent information regarding the Disclosure Movement.

There has been a grand escalation from the DIS-information camps in the public sector and media. According to Dr. Steven Greer, a horrific hoax is being played on all of us. 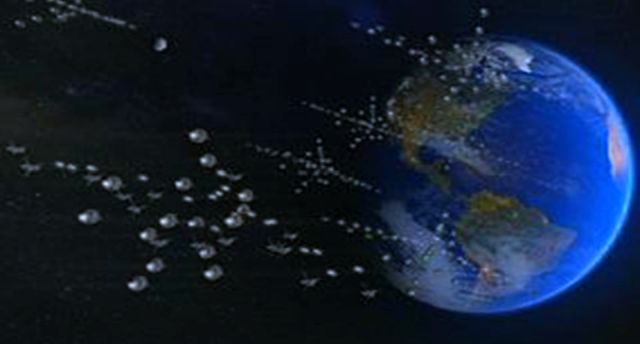 Disinformation has been purposefully spread around the USA and world, including by some in the Ufology community.

Dr. Greer and Carol Rosin talk about the biggest lie ever and they want you to know about it.

He also discusses some good news about new developments, things we can do, and his call for more whistleblowers, and for people who have free energy devices. Furthermore, he announces a forthcoming important New Movie, Book, Treaty, Disclosure Peace Concert Celebration and much more.

Below some highlights taken from the interview:

The UFO hype, started in 1950's, is created to camouflage the secret military craft that look like UFOs.

Senators involved in the secret false flag alien project are trying to convince other Senators about the need to create a false flag event in order to control the masses.

The first movie ‘Independence Day’ released in 1996 is a script to see how the people react on the alien threat.

The purpose of the second movie ‘Independence Day: Resurgence’, upcoming this year, is to recruit people for the army with regarding to the (fake) alien threat.

Blink-182 Co-Founder Tom DeLonge has been recruited by insiders from the Pentagon in order to spread disinformation about UFOs and Aliens to the younger people. The goal: They want the younger generation believes there’s an alien threat from outer space.


Finally, there is cosmic false flag operation going on, which will return into an interplanetary war.