Massive Demonic Possession? 100 students in Peru having seizures, visions of a Man in Black

on May 19, 2016
Bizarre video shows nearly 100 students in northern Peru 'possessed by the devil'.

The students have terrifying hallucinations of a tall man in black trying to kill them in what has been called a mass case of 'demonic possession'. 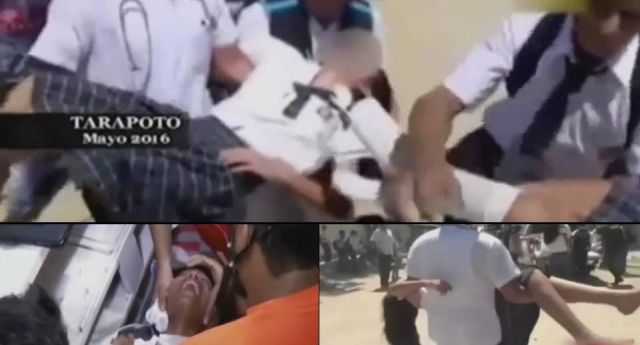 After the outbreak of 'demonic possession' nearly 80 students of the Elsa Perea Flores School in Tarapoto are treated in nearby hospitals.

According to locals the school was built on a graveyard and they suggest that some of the students must have played with an Ouija board, which resulted in a demonic interference.

The paranormal event, which started on April 29, 2016, is currently being investigated by the authorities.