June 27, 2016
A new footage posted to YouTube on June 24, 2016 by user ModernGalaxy purporting to show a UFO being filmed from a plane window. 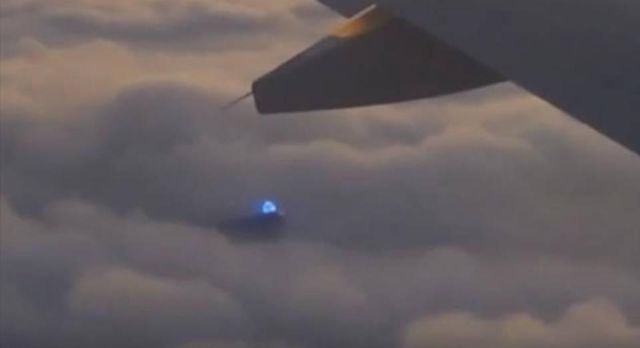 A powerful blue light from the window caught the attention of a passenger on board the jet airliner when he decided to film the strange phenomenon in the clouds.

As we know, anything that's filmed though a window can pick up any light or lights behind camera, but after a closer look at the object, this does not seem to be the case.

Although the sighting was filmed from an unknown location, it doesn’t seem to be fake or CGI. A reasonable explanation for this phenomenon could be a beacon located at the top of a mountain that emits a blinking shining light skyward unless the blue triangular light belongs to a flying object from unknown origin.