June 18, 2016
There is a reason why the Monuments of the Grand Canyon are named for Egyptian Pharaohs, but not because Egyptians were present on this continent.

The entire layout suggests that an antediluvian landscape was much different before the great flood, but not naturally formed mountains.. it's an ancient array of pyramids. 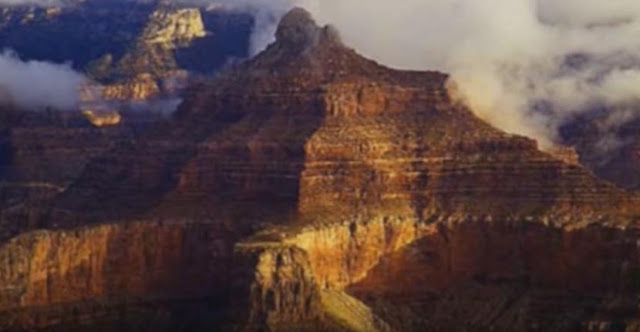 See how seven stars of ORION, including the belt stars that have been found to align with the Pyramids of Giza, also do in the canyon. The monuments of the Grand Canyon align with the Hunter Constellation “Orion and Pleiades.” (Click here for extended research.) 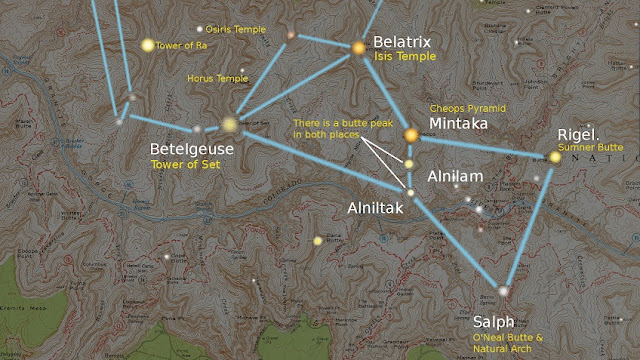 Although Egyptians or aliens did not build them nor exist on this continent, the suggestion that landmarks like Atlantis are really not unusual although hidden in plain sight as well as not populated by Egyptians.

The most likely candidates to give credit for these monumental constructs go to the Earthly giants created in the image of the gods, but were exterminated at the time of the Great Flood for building pyramids - in other words, these gods in the material form feasted from the tree of knowledge/life and paid the price.