September 09, 2016
Linda Moulton Howe reports on UFO sightings and a massive worldwide wave of animal mutilations, disappearing cattle, including housecat across the United States and large-animal from six countries.

Not known to many but behind the scenes, animal mutilations took place in at least six countries, including a wave of feline in the United States the last month. 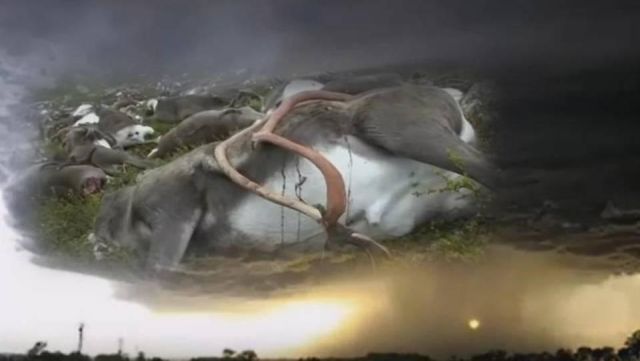 500 Cows disappear from Ashburton farm in mid-Canterbury, Nw Zealand and days after a lightning strike claimed the lives of 323 reindeer in southern Norway, another strike killed 19 cows in east Texas.

Take for example the recent media reports, about 323 reindeer being killed by lightening at a Norwegian national park. Due to an extremely high discharge of electricity from the storm on August 27, 2016 and the interaction of the lightning with the earth and water, has electrocuted the animals, according to officials.

While specifics on the lightning strike are still unknown I do not agree with the official story and think it is a cover-up.

These animals were not killed by lightning but most likely a microwave burst could have caused it. So it is possible that a microwave particle beam weapon was tested and we know that microwaves cook from the inside out, what could be explain why some of the reindeer were missing their heads (heads exploded due to overheating?) and many other reindeer were found with their antlers entangled. 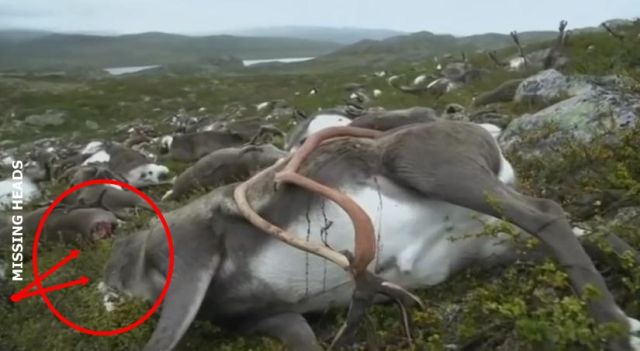 Then if you know that the EU building five new “Haarp” type arrays and all these stations are located in Sweden, Norway and Finland and designed to cross beams to interact with each other.

This new program with 50,000 antennas is called EISCAT 3D -- called "5th generation RADAR" and we may wonder whether microwave experiments carried out by EISCAT 3D are the cause of the dead of all these reindeer.

Coming back to Linda Moulton Howe who noticed that at all the time of disappearing cattle or animal mutilations, nobody was observed, nobody was caught, no tracks were found, and there was no trace evidence and while law enforcement officials continue to tell Linda off-the-record that this is being done by “creatures from outer space” it becomes clear that something is going-on.

Although there is no proof that “creatures from space” are the culprit, it is quite possible that space weapons are tested on cattle and as senior researcher at the Norwegian Institute for Nature Research, who inspected the site, said the reindeer appeared to have died “as if someone just turned off a switch” – a scary thought nonetheless.