UFO Portal appears over the ocean at Gaviota Beach, California

October 17, 2016
Strange and unexplained sightings in the skies have been recorded last week.

An amateur photographer was shooting over the ocean at Gaviota Beach, California, when he spotted a bizarre ring floating distantly over the ocean on October 2, 2016. 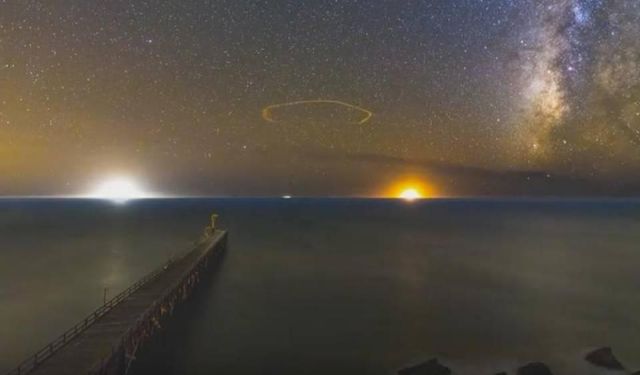 The photographer wonders whether a UFO portal to another dimension has opened over the ocean or could it be a cloaked UFO due to its appearance.

On October 5, 2016, a witness recorded a strange black shape in a cloudless sky over San Antonio.

Witness: I was driving home from my mom’s house. I let my girl drive and as we pulled on fm78 I noticed a black shape in a cloudless sky.

I began recording it shortly after did not want to pull over to study it better. I know, I should have…”

What are these objects in the skies, perhaps the black shape can be interpreted as a ‘smoke’ cloud but what about the bizarre UFO-like ring or portal floating over the ocean?