November 25, 2016
The Nazca Lines, mysterious geoglyphs that span a vast swath of the rugged Peruvian desert, remain an enigma. No one has proof as to who built them and what their function was. 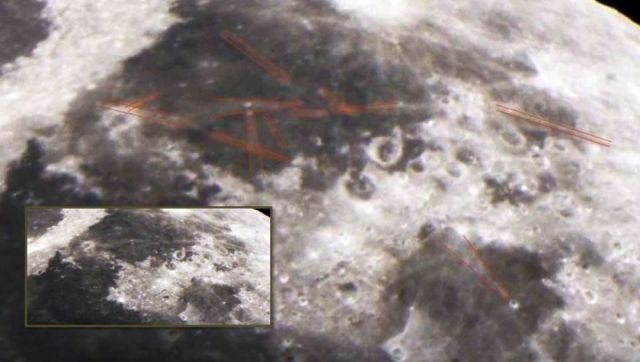 Their patterns are clearly visible from space, exactly symmetric, straight lines often more than 50 km long and many of these Nazca Lines point to the positions of the Sun, Moon and certain stars two thousand years ago.

In the following video captured by UFOvni2012 we see an area on the Moon which shows unexplained patterns and lines similar to the straight Nazca Lines in Peru.

It may be just a coincidence but in the search for the answer to the mystery of the ancient Nazca Lines, it could be possible that there is a connection between the lines on the Moon and in Peru?