January 06, 2017
A NASA image captured from Orbit above the Lunar Surface and released on December 30, 2016 shows a highly usual anomaly in the Oceanus Procellarum, a vast lunar mare on the western edge of the near side of the Moon. 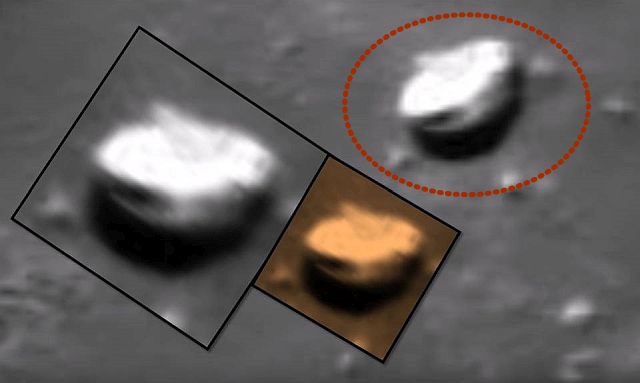 Streetcap1 who discovered the strange object wonders whether the anomaly is an alien probe with an antenna on top or… it could be a radio telescope placed on the Moon by someone with the aim to communicate with the Earth?