Friday, February 24, 2017
The universe is full of mysteries, the more we learn about the universe, the more questions seem to arise. Mysteries like the supernova 1987A, Nebula or alien starships hidden in Nebula, but let’s start with Supernova 1987A. 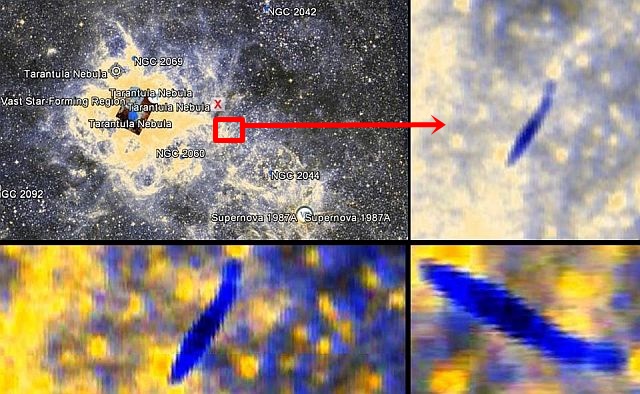 Discovered in 1987, Supernova 1987A is the closest observed supernova to Earth since 1604. The exploded star resides 163,000 light-years away in the Large Magellanic Cloud, a satellite galaxy of our Milky Way.

The first short video begins with a nighttime view of the Small and Large Magellanic clouds, satellite galaxies of our Milky Way. It then zooms into a rich star-birth region in the Large Magellanic Cloud. Nestled between mountains of red-colored gas is the odd-looking structure of Supernova 1987A, the remnant of an exploded star that was first observed in February 1987.

The site of the supernova is surrounded by a ring of material that is illuminated by a wave of energy from the outburst. Two faint outer rings are also visible. All three rings existed before the explosion as fossil relics of the doomed star’s activity in its final days.

The second short time-lapse video sequence of Hubble Space Telescope images reveals dramatic changes in a ring of material around the exploded star Supernova 1987A.

The images, taken from 1994 to 2016, show the effects of a shock wave from the supernova blast smashing into the ring. The ring begins to brighten as the shock wave hits it. The ring is about one light-year across.

A nebula is an interstellar cloud of dust, hydrogen, helium and other ionized gases and most of them are of vast size. Contrary, dismissed as fictional deceptions, aliens hide their starships in Nebula as thick as cloud banks.

While checking the location of Supernova 1987A using Google Sky I came across an exceptional object which is located between Nebula and Supernova 1987A. 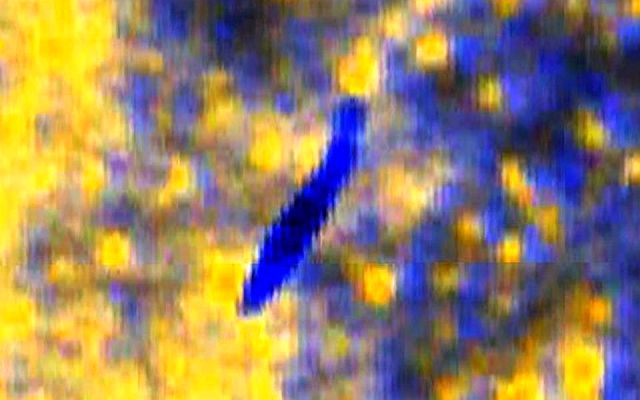 Although it cannot be proven the object looks like a huge cigar shaped UFO which is about 220 meters long.

So, what if it is not fiction and extraterrestrial races use Nebula to hide their Starships, could it be true?