February 06, 2017
A bright meteor lit up the skies over the Midwest early Monday, a huge ball of flame visible from at least four states including Illinois, meteorologists said. 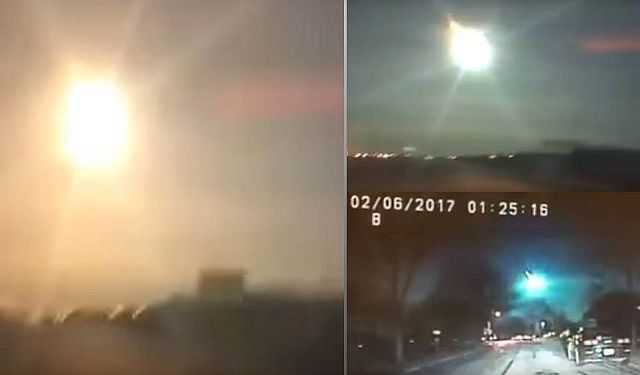 “It was basically visible for a long distance,” said Ricky Castro, a meteorologist with the National Weather Service’s Chicago office. “It was certainly an interesting event, uncommon for the area.” The weather service’s Milwaukee office got reports of sonic booms.