February 17, 2017
NASA scientists found one group of geoglyphs so interesting they have decided to study it from space.

The space agency officially investigated the Steppe Geoglyphs, a group of more than 200 giant squares,lines, rings and a swastika formed by dirt mounds in the Turgai area of northern Kazakhstan. 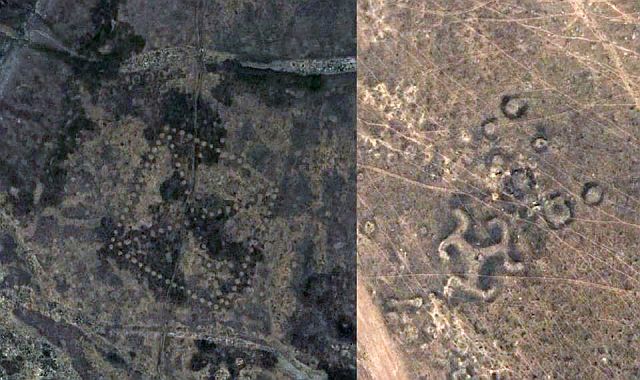 NASA teamed up with Digital Globe to study the formations, the joint effort produced 50 to 60 images of the glyphs which measure about 300 to 1300 feet across.

These geoglyphs are thought to have been made by the Mahandzhar culture between seven and nine thousand years ago which would make them older than any other such geoglyphs, including the famous Nazca Lines of Peru, which date to between 200 B.C. and A.D. 500.