March 27, 2017
Recently members of a motor trail group took a tour in the forest of Banda Aceh which is the most western province of Sumatra, Indonesie when suddenly a strange small figure emerged from the forest. 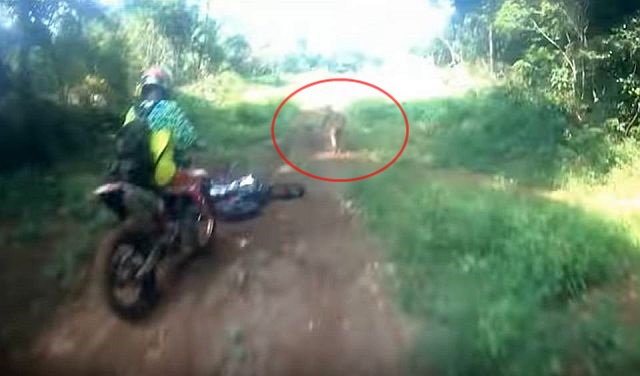 As a result the first rider fell to the ground, then the figure stopped on the track, observed the bikers before he ran away with a considerable speed.

Although the bikers on their motorcycles followed the figure who walked barefoot, they were unable to catch up with him. The figure managed to disappear into the forest again.

There is much speculation that the figure was not a human being but is it possible that the figure is a grown adult with dwarfism who lives alone in the forest or may be the figure, given his reaction, is a member of an isolated group or tribe who don’t know the rest of the world exists.

The following video has gone viral in Indonesia and one wonders what or who is the small figure that suddenly appeared in front of the bikers?