March 31, 2017
On March 30, 2017 NASA’s SOHO satellite AIA 131 captured another unknown object just at the moment it shot out of the sun, leaving a plasma trail behind. 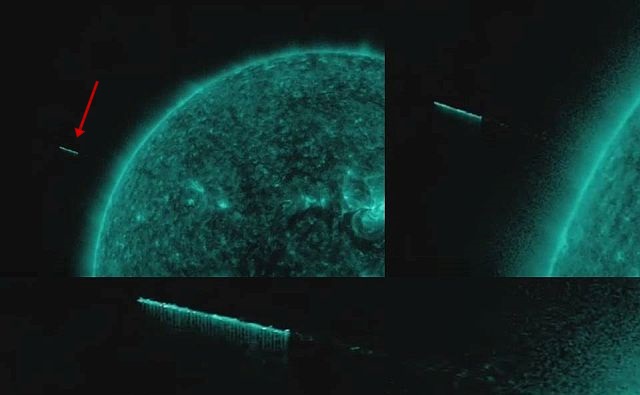 It is said that alien civilizations not only use their vessels to harness energy from the sun for itself but it seems they are using various processes to take plasma from the sun's surface to recharge their vessels.

Although it is not clear whether the object, allegedly the size of the earth, is indeed an alien spacecraft but there have been numerous videos of UFOs flying around the sun or using the sun for some reason.