April 18, 2017
The first Crop Circle of 2017 has been found at Cherhill White Horse and Landsdowne Monument, Wiltshire in an oil seed field. The crop circle which is about 250 feet long is reported on April 16, 2017. 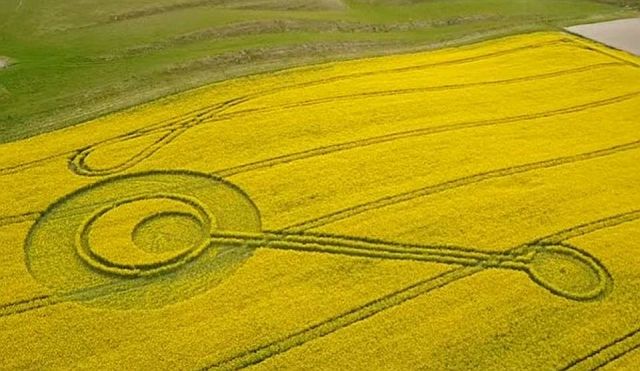 Maybe the crop circle symbol is a reference to an upcoming cosmic event on August 21, 2017 when earth, moon, sun and Venus are aligned which coincides with a solar eclipse on the same day?

But what stands out is that the same symbol can be found on the 5,000-year-old Cochno stone in West Dunbartonshire, Scotland, that according to researchers represent an ancient cosmic map. 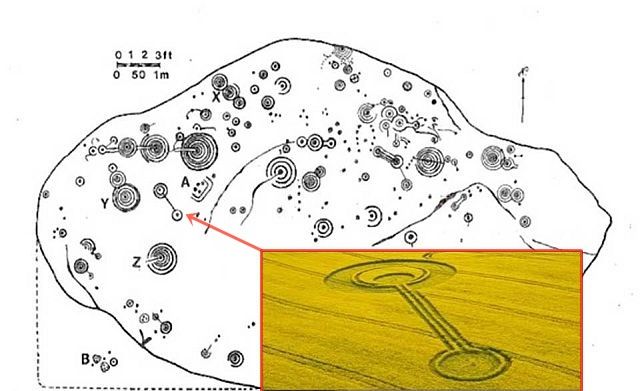 It is possible that the answer to crop circle symbols with an astronomical interpretation can be found on the Cochno stone?