Eyewitness reports of UFO Sightings from a plane over Los Angeles and over Charlotte, NC

Witness: We were on a Frontier Airplane coming from Philadelphia, PA and preparing to land in Charlotte, NC close to noon on April 7, 2017.

Our 7 year old son was sitting by the window. He told us to look out the window because he sees a spaceship in the sky. 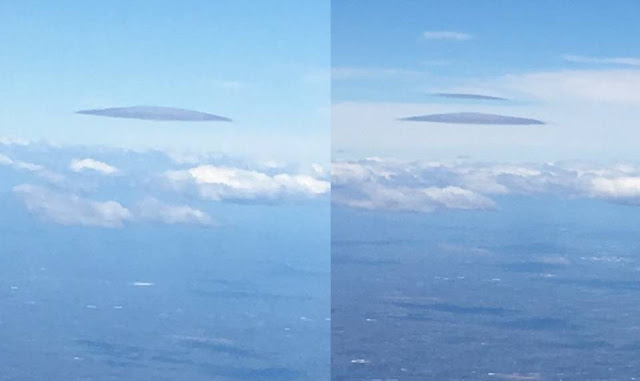 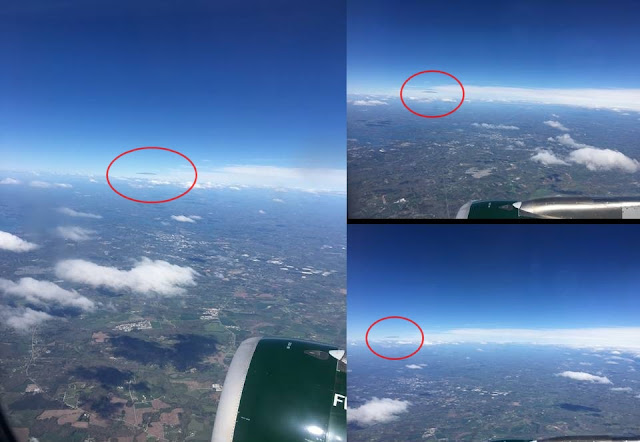 We took 3 pictures of the object in the sky. One picture shows 2 objects. If you zoom in on the pictures, it does look like it could be something.

Our son seemed so sure that it was a spaceship. Mufon case 83401.

UFO Sighting from a Plane over Los Angeles.

In the following video L. A. Marzulli interviews Carlos and Yvette about their UFO sighting from a plane taking off from LAX.