April 01, 2017
A strange glowing light in the skies above Chelyabinsk spooked residents of the city, early Thursday morning on March 30, 2017. 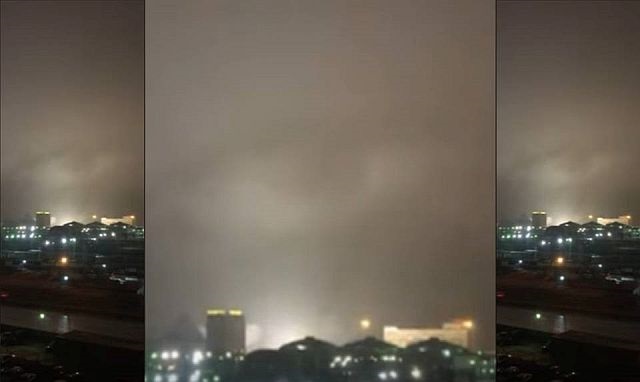 In a video captured by an astounded resident, the eerie form of a human eye appears to hang over the city as a bright light pulsates.

No doubt there will be an explanation for the phenomenon but so far officials say the reason for the mysterious glowing light remains undetermined.

This is not the first time the city of one million sees odd things in their heavens. In February 2013, a meteor of around 20 meters (66 feet) in diameter exploded above Chelyabinsk Oblast, causing a bright flash and powerful shock wave. Around 1,500 people sought medical treatment following the incident.