April 30, 2017
Witness report: On April 4, 2017 I was taking photos of the church in the village of Kenn, near Exeter, UK. It was a very sunny afternoon with little cloud. My car was parked a short distance from the church and returning to it I passed a gate to a field with a single tree on the sky-line. 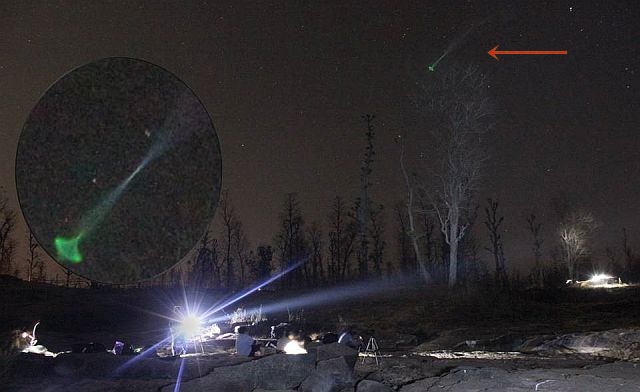 I thought it could make a good shot even though the light was very harsh and gave it a go anyway. It was not until I got home and downloaded the photos that I noticed a cylindrical object in the shot. 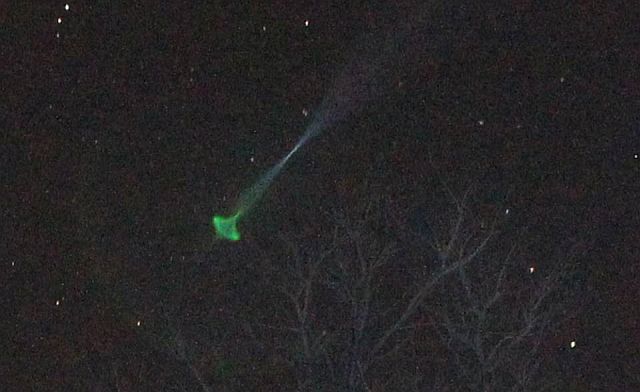 I couldn't help thinking how typical is was that since at least 1969 I have seen numerous things I couldn't explain and didn't have a camera handy, and then capture something like this on camera without even seeing it with my eyes. Mufon case 83438. 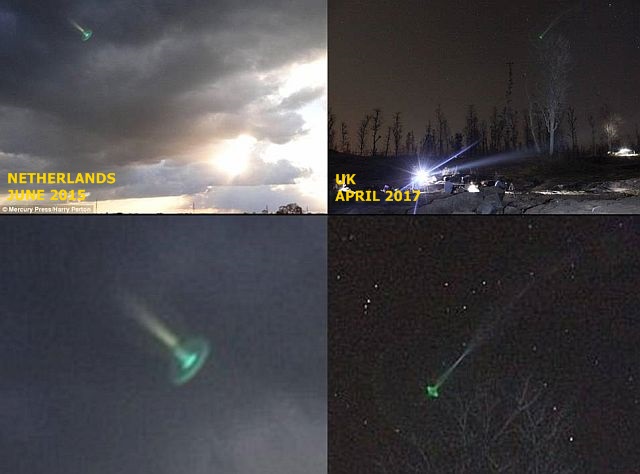 The turquoise, light shaped UFO shows remarkable similarity to the glowing green UFO which appeared in the sky over the Netherlands captured by Harry Perton in Groningen in June 2015.