May 02, 2017
According to Canada's Meteor Orbit Radar (CMOR), a "hot spot" has appeared in the constellation Aquarius and is a sign that Earth is approaching a debris field from Halley’s Comet dating all the way back to 616 BC. 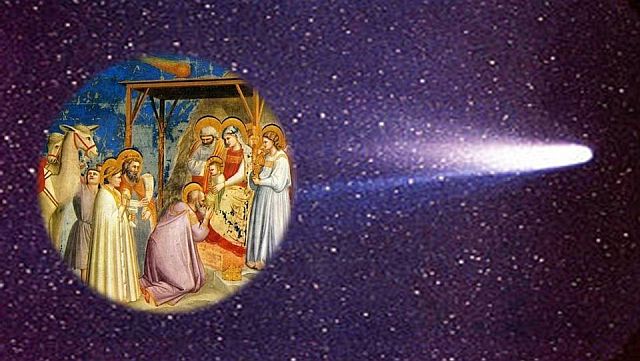 Some theologians and astronomers suggest that Halley might be the Star of Bethlehem because Halley’s appearance in 12 BC was only a few years distant from the conventionally assigned date of the birth of Jesus Christ, which might explain the biblical story of the Star of Bethlehem.

Our planet will cross a network of debris streams from the comet and it has the potential for an outburst this week. The numbers of meteors which are pieces of Halley’s Comet hitting Earth’s atmosphere at 66 km/s and disintegrating about 100 km above Earth’s surface are already impressive so this might be a descent time a real meteor shower.

If we take a look at the historical record of Halley’s Comet then we see that this strange comet often is associated with biblical events, omen good or bad.

Going back in history the first certain appearance of Halley's Comet in the historical record is a description from 240 BC, in the Chinese chronicle Records of the Grand Historian or Shiji. The only surviving record of the 164 BC apparition is found on two fragmentary Babylonian tablets.

Then Halley's appearance in 12 BC, only a few years distant from the conventionally assigned date of the birth of Jesus Christ, and in 1066, the comet was seen in England and thought to be an omen: later that year Harold II of England died at the Battle of Hastings; it was a bad omen for Harold, but a good omen for the man who defeated him, William the Conqueror.

In 1301 Halley may have been seen by the artist Giotto di Bondone, who represented the Star of Bethlehem as a fire-colored comet in the Nativity section of his Arena Chapel cycle, completed in 1305. 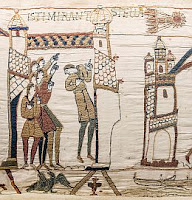 In 1456, the year of Halley's next apparition, the Ottoman Empire invaded the Kingdom of Hungary and in 1910 the comet added to the unrest in China on the eve of Xinhai Revolution that would end the last dynasty in 1911.

Halley's 1986 apparition was the least favorable on record, the year of the Chernobyl disaster and the San Salvador earthquake which caused between 1,000 and 1,500 deaths and 10,000 injuries.

According to astronomers Halley has probably been in its current orbit for 16,000–200,000 years and its lifetime could be as long as 10 million years.