May 25, 2017
NASA’s Satellite SDO AIA171 imagery captured on May 25, 2017, shows a huge cloaked circular object tethered to the sun. A flow of plasma can be seen erupting from sun’s surface surrounding the dark object. 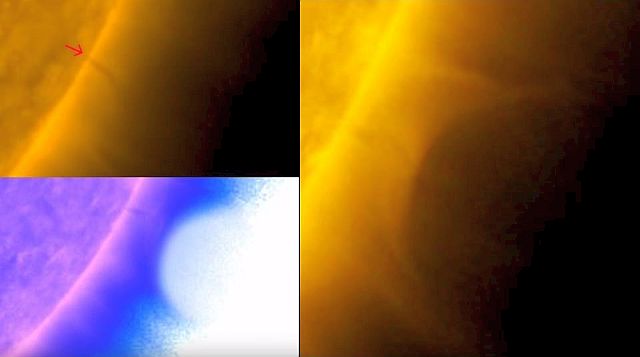 However, according to UFOvni2012 who recorded the event, the dark sphere is another proof that alien spacecraft refueling by sucking up solar plasma.