May 10, 2017
On April 15, 2017 a resident of Weaverville, North Carolina noticed two strange bright flashes of light in the sky and decided to step outside to take several photos of the sky.

Upon viewing the photos, which he has reported to Mufon under case 836525, he saw two unknown flying objects depicted in one of the photos which do not seem like conventional aircraft. 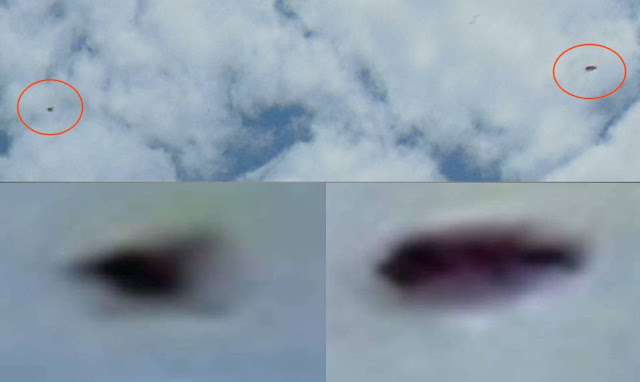 Where have these objects come from?

Are these UFOs arriving to Earth through some sort of portal from another dimension?

Or given the quick bright flashes of light, could it be possible that it has something to do with time travel and these two brown/black objects are time capsules?

Below the original photo. Click image to see its original size of 1024x768. 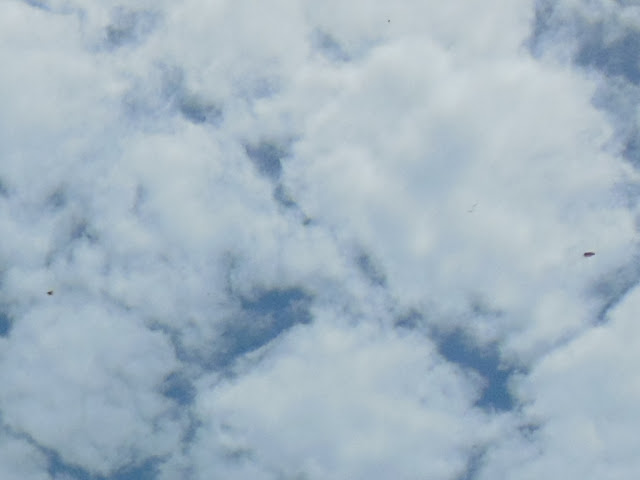