Three UFOS at Stereo Ahead COR2 - UFO meeting in Space?

on May 18, 2017
In recent days, several strange unidentified objects have been observed close to the sun.

The Stereo Ahead COR2 satellite camera caught three unknown objects which were on the other side of the sun about 180 miles away. It looks like the third object emits some kind of light source. 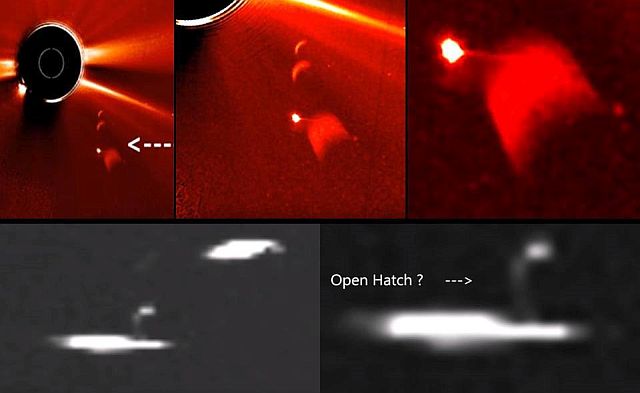 Then SOHO’s LASCO C2 camera captured several other strange objects near the sun. Some sort of meeting in space?

According to Streetcap1 the first object could be a UFO with an open hatch but to me it might be a collector or transmitter, anyway it is definitely something out of the ordinary.

It’s known that high energy particles hitting the camera all the time and sometimes it turns out that an unidentified object is just a camera reflection but in recent years enough evidence has been gathered to know that these objects are not always reflections or high energy particles but huge spacecraft mostly under under intelligent control.