Serpent-like object appears in the sky over Crewe, UK

on June 06, 2017
My friend and I were walking our dogs at approx 6 pm,we live in/on the west end of a small town called Crewe Cheshire, UK walking on our local field The George playing field on April 14, 2017.

My friend was taking pictures of the sky and cloud, due to there being lots of interesting types of clouds, when he spotted what appeared to be a contrail from a crazy pilot. 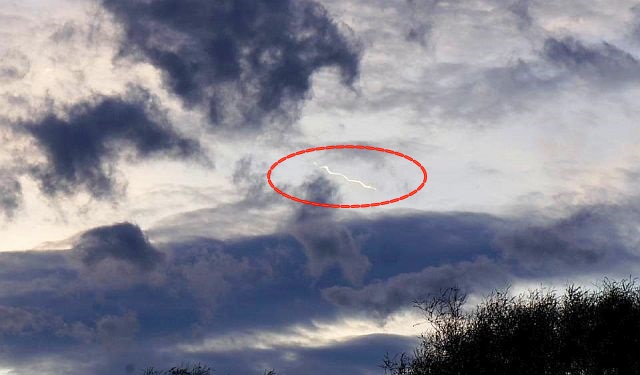 However when we zoomed in on a picture he took I realized that it could not, in any way be a contrail. There were many planes in the sky, and their contrails were totally different to this, and dissipated with the wind at a fast rate.

Not only this, but where ever there was a contrail a plane was clearly visible at the front of it.

This ribbon shaped worm thing stayed in the sky unchanged for over three minutes before it suddenly disappeared completely! 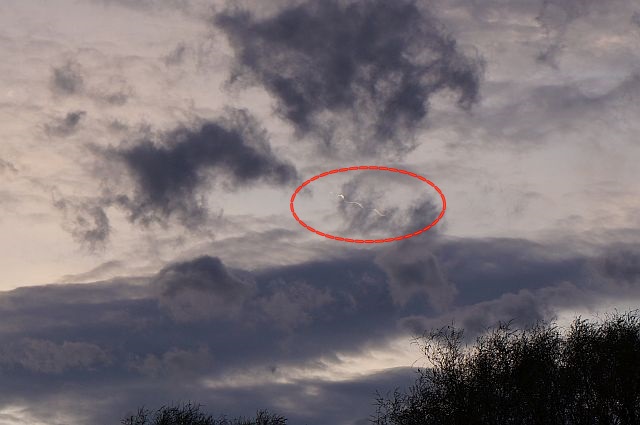 When I returned home, I typed "sky snake" into Google, and immediately I found identical anomalies, however no explanation as to what it may be.

I have asked pilots that i know through model plane groups on Facebook and they have said they have never seen anything of the sort before and agree that it isn’t a contrail.

Each end of the (snake) has the same shape. There was no craft, helicopter, drone, plane or any other type of terrestrial craft near this thing. 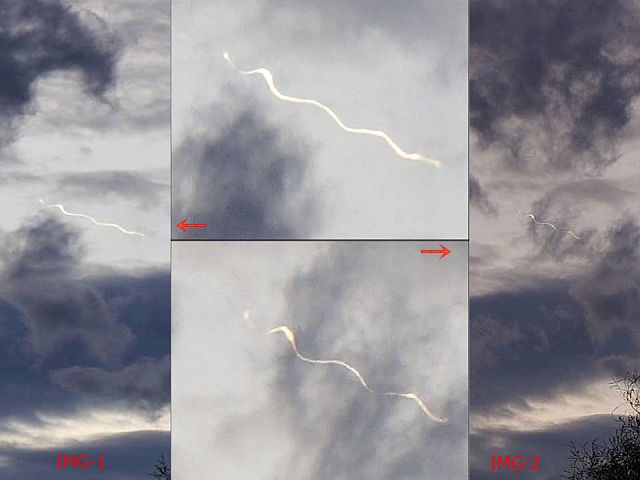 Also there are areas of the thing which appear to be flattened compared to others, almost like a twisted ribbon, reminds me of a tape worm.

The size of this thing must have been several miles long, as you can see by the pictures. This is not an image artifact; this thing really was in the sky. I have uploaded the images to Mufon case nr. 84223 any help identifying this would be greatly appreciated.
2017 aliens extraterrestrials mufon mystery serpents sky phenomena sky snake UFO unexplained