July 13, 2017
Last year in September Elon Musk walked onto a stage in Guadalareja, Mexico and laid out his vision to colonize Mars with his company SpaceX.

The plan itself is ambitious and Musk hopes to fly 1 million people to the planet Mars as a sort of 'backup drive' for Earth at costs of $100,000 to $ 200,000 per person, reported Business Insider. 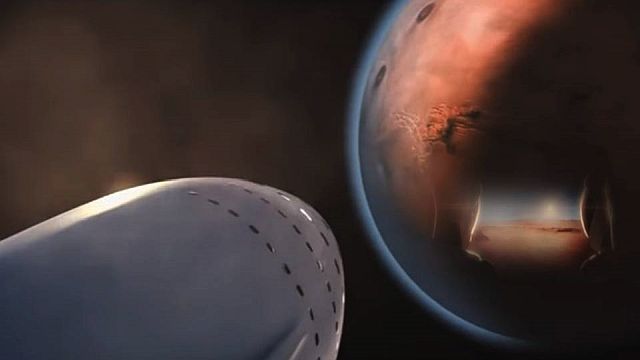 Imagine, 1 million people need large scaled ground-based facilities, the only question is who is going to manage, directing and build up these facilities and services needed to colonize Mars.

Is there a secret space program that is connected not only to UFOs but in some way to a breakaway civilization too?

Yes, there is indeed such a program.

This ‘black budget’ program is not a simple extension of the normal operations of the U.S. government or military, much less of NASA. Instead it seems to be the product of what historian Richard Dolan has previously termed a 'breakaway civilization' a radically advanced and increasingly separate structure that has access to classified science and data denied to the rest of us.

One thing is for certain: some agency or group has been operating space vehicles that are well beyond the capabilities of any known aircraft. 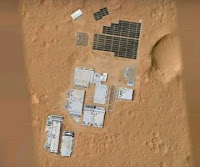 Google Mars image of ground base facilities on Mars?

And even though it cannot be proven, rather than the first groups of people are going to build up the facility, could it be possible that they already are using these secret advanced space craft to fly people (the builders) and payload to Mars in order to build up the ground base facilities for the ‘rich’ breakaway civilization, who will follow after the facility is ready, using Musk’s Interplanetary Transport system?

It will be interesting to see how Musk wants to realize a ground base facility on Mars suitable for 1 million people, without the help of ‘third parties’!