July 16, 2017
Marcos Gentile has taken a video of strange object hovering over his house in Argentina on July 2, 2017. Excited by what he saw, Marcos is convinced that the object was a cloaked circular UFO. 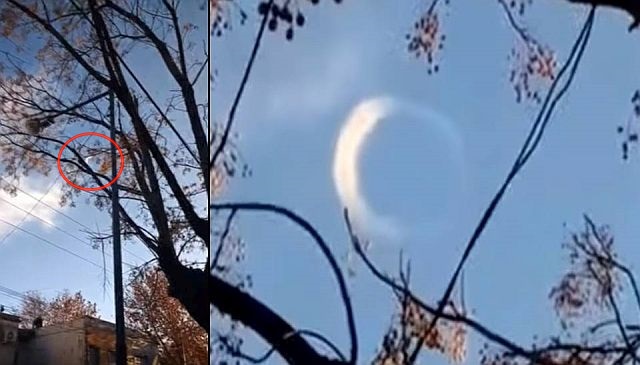 While recording the UFO, for some reason something went wrong while trying to zoom in on the moving object and he lost the object behind the tree. Before he could film it again the object was gone.

Looking at the object it seems that a part of the UFO has become visible due to the angle of the sun.

As it is a fast moving object it seems unlikely that it may be a lens flare or the sun, moon or a natural phenomenon, like an eclipse.

The short video below shows the recording of the strange object.