Being from another world caught gliding across surveillance camera - KRQE-News13

August 24, 2017
While having dinner, a family living in Clovis, New Mexico saw something they can’t explain captured by their home security cameras on August 22, 2017. 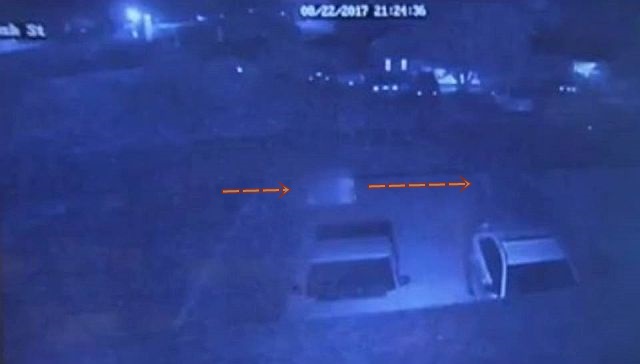 The husband happened to look over right and saw something what looks like a creepy figure from another world gliding across the surveillance camera.

You can see movement of the being and it was absolutely not a person according to the family who recently moved to their new home which stayed vacant before it was torn down to build the new duplexes.

The family is convinced that their security has captured a ghost that like to appear in the place where he or she passed away, reports KRQE-News13.