Sunday, August 06, 2017
A strange burning object suddenly stops midair then releases some kind of escape pod has been filmed over Manurewa, New Zealand on July 31, 2017. 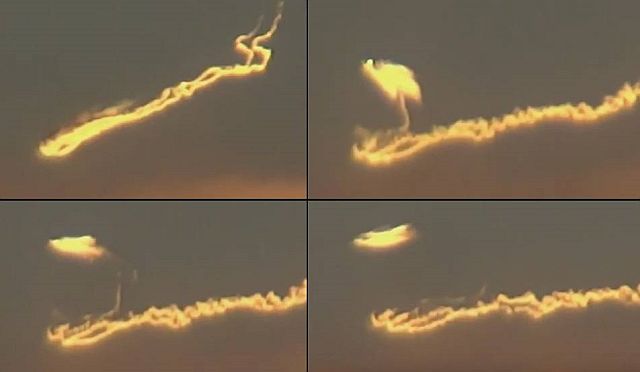 UFO-fan who recorded the burning object is quite sure it was not an aircraft reflected by sun rays.

Maybe the object was an aircraft reflected by sun rays but then again, how can an aircraft suddenly stops midair, performing some very strange maneuvers before it follows its trajectory?