Massive UFO and Multi Level Structure appear near the Sun

A massive anomaly appears at 07.48 and seems to be a multi level structure containing a number of square/rectangular looking entrances, then at 08.12 a huge unknown object (UFO?) appears at the same spot upon which the object and the structure disappear moments later. 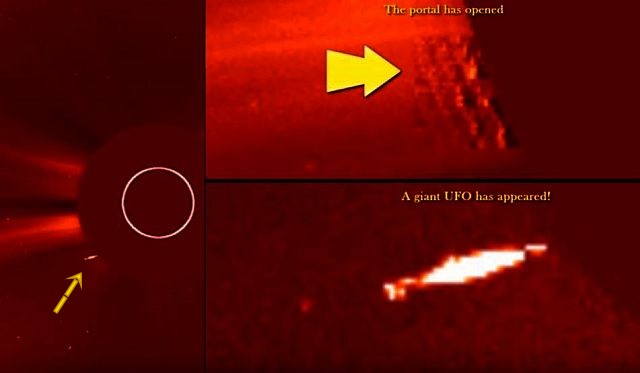 It looks like the structure is not connected to the sun and although it seems unlikely, could it be that a UFO flies into an interdimensional portal or maybe the multi level structure is a giant extraterrestrial mothership with hangars/landing platforms for incoming or outgoing UFO’s? 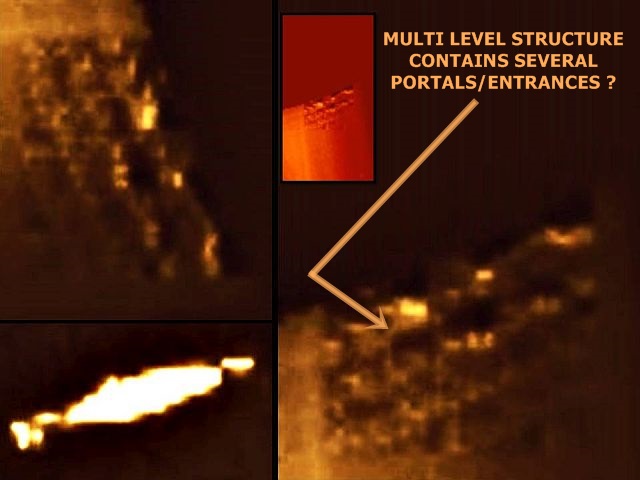 Whatever it may have been, both objects certainly were not high-energy particles called neutrinos coming from the sun. Interestingly, the images of the unknown objects have been captured a few hours before the onset of the solar eclipse on August 21, 2017.