August 09, 2017
More and more people seeing strange objects in the sky, from unidentified flying objects to strange appearances and it's not always optical illusions.

Also the “out of this world” appearance in the sky over Wakpala, South Dakota is such an unexplained phenomenon. 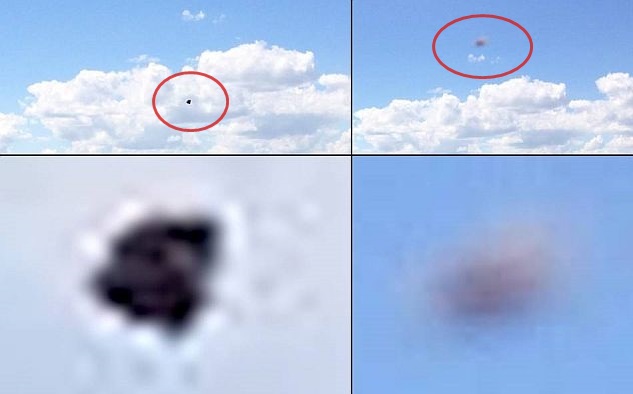 The photographer of the images below states:

Our daughter and I were taking a walk in the prairies surrounding our house on Highway 1806, Wakpala, South Dakota on August 7, 2017. We stopped at a spot where I was taking pictures of my daughter on a rock and trying to make her smile.

I did not notice at the time the UFO. There was no sound. When we were reviewing the four photos we noticed the UFO. 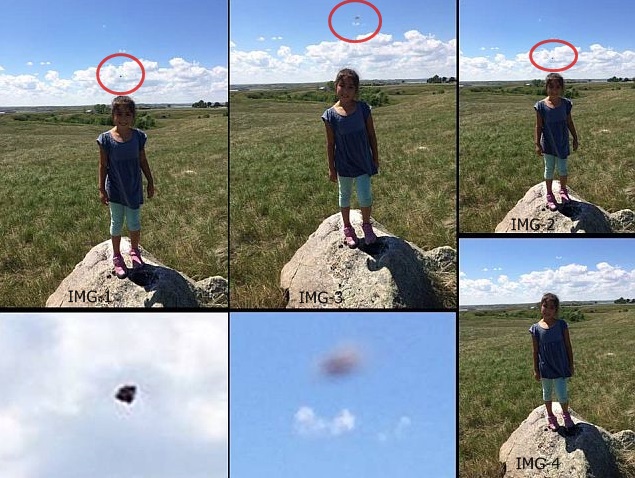 On the first photo the UFO is above our daughter's head in the clouds but very visible as I am guessing it was stationary.

On the second photo the UFO moved slightly to the right but still clearly visible.

On the third photo is when the UFO is moving towards me on the sky and this is depicted by how it is now bigger but a bit blurry.

On the fourth photo, there is no trace of the UFO as it must have disappeared above our heads. 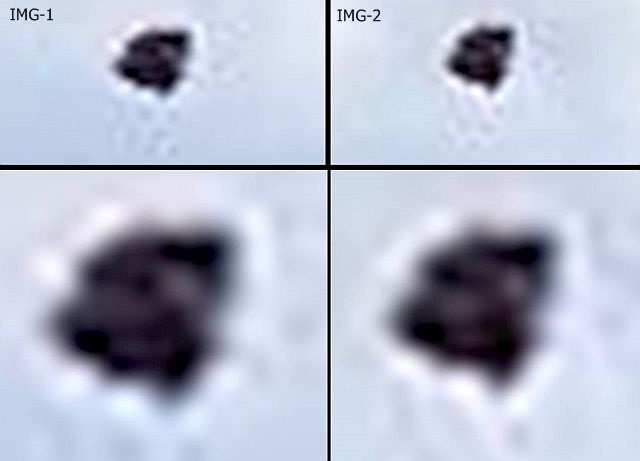 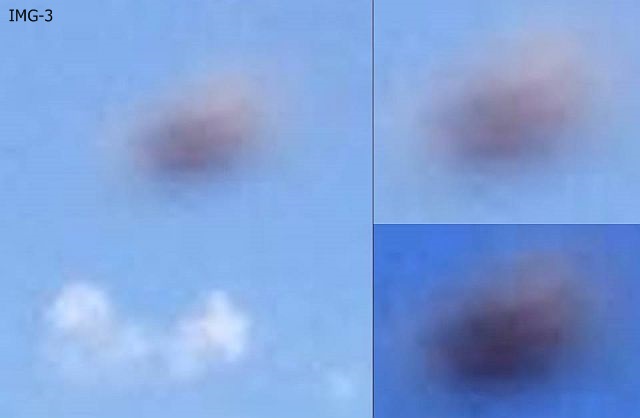 The whole thing took about 30-40 seconds as I was taking back to back photos of our daughter trying to make her smile. I was preoccupied with her as I was trying to get a good picture so did not notice the UFO at the time. The photographer reported the object to the Mutual UFO Network (MUFON) along with the images.

Note: Although the photographer talks about a UFO, the object, which changes shape, looks more like some kind of being coming from another world.