on August 29, 2017
Many experts are concerned about Unidentified Flying Objects flying very near passenger planes and pose a danger to aviation.

There are many incidents reported that airplanes nearly or even collided with these unknown objects, like an airplane that nearly collided with a UFO in Australia, a UFO that collided with a Chinese Passenger plane at 26,000 Ft. or the close encounter with a UFO near Heathrow when a pilot saw that it headed towards him and was going to crash into the plane on which he ducked to avoid a collision. 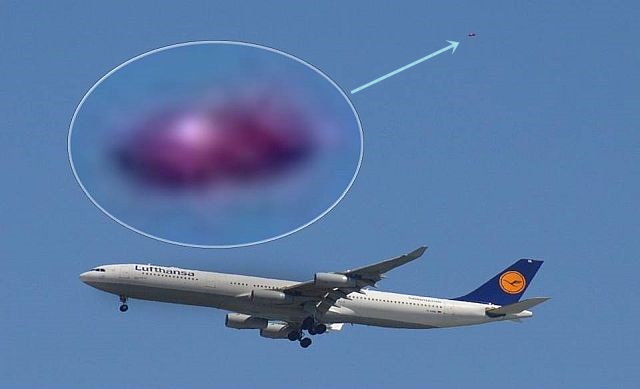 The latest incident has been reported by an airline spotter who took images of an incoming passenger plane at Lisbon Airport, Portugal when he discovered a UFO behind the aircraft on July 30, 2017 depicted in one of the images.

The spotter states: I was (as an airline spotter) taking some photos of an unusual visit of a Lufthansa A340 at Lisbon airport from the balcony of my house.

I took several snapshots of the incoming plane doing is final approach when trough the visor of the camera spotted a very fast object passing behind the aircraft.

Assuming a bird was ruining my photo, didn’t care more about it. When downloading the images to the computer I spotted a dark spot in one of the images. Then a recall the assumed bird and zoom it.

That's when I found that it was not a bird at all. Also it appears not to be a drone, because of shape and size but specially because I used hi speed shutter 1/2000 and no propeller is visible, not even blurred. 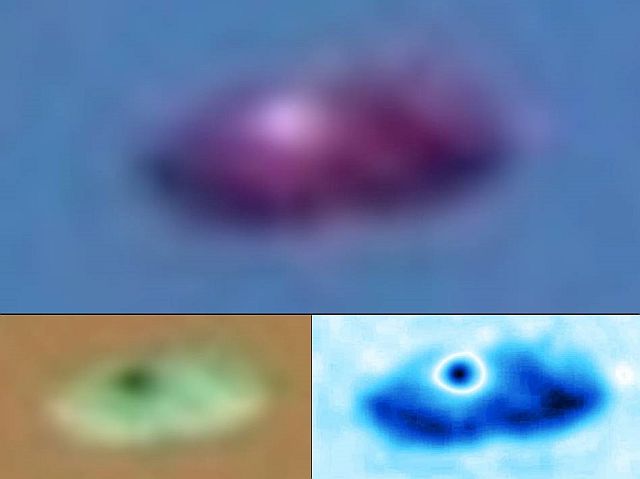 The object’s motion was very fast and passed behind the airplane in a fraction in straight line from East to West, over southern sky.

I’m reporting this to the Mutual UFO Network (Mufon case file) because I don’t know what it is and hope to get some kind of clue or answer about this incident.
2017 aliens europe extraterrestrials mufon secret aircraft UFO ufo videos 2017