on September 21, 2017
On September 16, 2017 NASA’s Stereo Ahead COR2 satellite has captured a strange unnatural looking object near the sun. 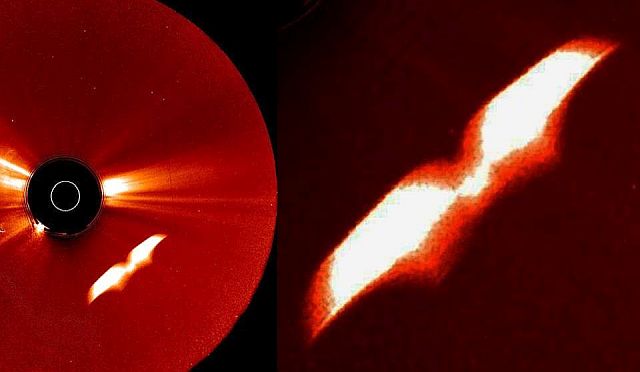 Streetcap1 who spotted the object wonders whether the object could be a winged alien craft or maybe a winged sun object as depicted on ancient cylinder seals and Egyptian texts.

The symmetry of the winged shaped object is quite perplexing which indicates that it is more than just malformed pixels or an artifact of image processing.

Whatever it may have been, NASA probably wanted people to see this or else they would have removed it.