Apocalyptic Trumpet Sounds In The Sky Heard In Canada and Indonesie

November 05, 2017
People around the world have been reporting eerie, haunting and almost apocalyptic like sounds. According to witnesses of this unexplained phenomenon, they hear humming and loud booms, grinding metal, trumpet-like noises coming from the sky. 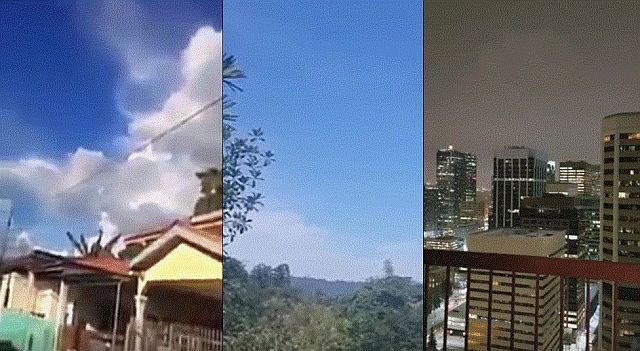 But do these sounds really come from the sky or something else is going on?

An in-depth investigation on this issue conducted by Linda Molten Howe has shown that the secret of these sounds is inside the Earth.

And again these sounds have been heard. This time strange apocalyptic trumpet-like sounds are heard in the sky in Downtown Calgary, Alberta, Canada on November 2, 2017 at 9:30pm local time and one day earlier, on November 1, 2017 similar sounds are heard from several locations in Indonesie.