Deer Hunter caught bright spheres above and beams of light below cloud over the Missouri River, US

Thursday, November 23, 2017
A quality inspector for Boeing who has worked before on or near fighter jets since 1980 received an image from his friend showing a strange phenomenon in the sky during sun set on November 20, 2017. The image was so intriguing he felt compelled to post it to MUFON case 88249 to see if anyone else witnessed the objects. 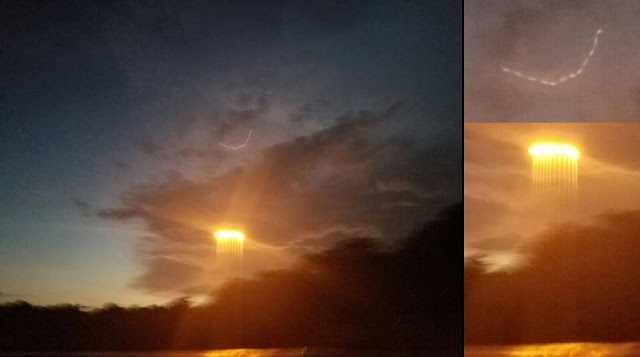 His friend and another guy were making their way back to the boat ramp after a day of deer hunting along the Missouri River; the sun had set approximately 15 minutes earlier, when they noticed a strange group of lights above the clouds and beams of light reflecting off the river.

Although the event only lasted seconds and was gone, his friend managed to take a picture of the phenomenon.

Quality inspector: “This may be just a very cool sun dog-type reflection, but I was having a hard time explaining the chevron shaped group of lights above the cloud, and the 'way too evenly spaced' beams of light coming off what appears to be the sun shining down from the cloud.” 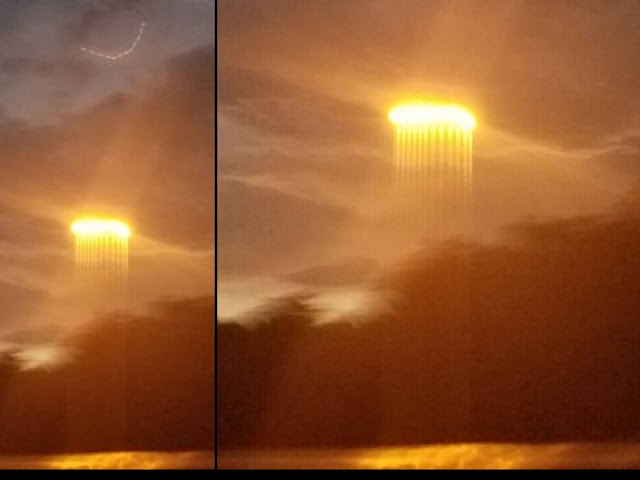